Simple plans, mobile hotspots, and great coverage, but it will cost you 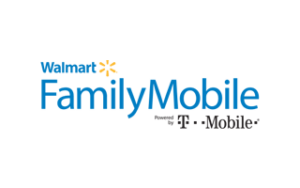 Walmart has everything on your list: mayonnaise, toothpaste, and a brand new cell phone plan. Yes, the big box giant has stepped into the mobile arena.

If you’re the type of person who buys the store brand products (Great Value, for the win!), then Walmart’s cell phone plans might be perfect for you. Walmart Family Mobile is a mobile virtual network operator (MVNO), which means it offers discount cell phone plans using another company’s network.

We’ll go over everything you need to know about the company’s plans, performance, and customer service in this Walmart Family Mobile review.

In the crowded MVNO market, Walmart Family Mobile has done some work to stand out. Its plans are simple, relatively affordable, and surprisingly powerful. Plus, they offer mobile hotspots, which is rare. Let’s talk about the details.

Walmart Family Mobile has four plans to choose from. All of these plans come with unlimited talk, text, and unlimited data at 2G speeds. But 2G is kind of like dial-up internet: it’s so slow that it’s basically useless for most tasks.

So the real difference between the plans is the amount of full-speed, 4G LTE data that you can use. Here’s a breakdown of the plan costs and full-speed data allotment.

Simply choose the plan that fits your data needs and you’re good to go. You can add more data for $9.88 per GB. And since there are no contracts, you can always change your plan to one with more or less data.

How much phone data do I actually need?

If you’re wondering just how much data you need to stream an episode of Schitt’s Creek, we’ve got the answer.

There is one thing that Walmart doesn’t have: an actual cell phone network. Instead of building its own cell towers (which is no small task), Walmart just leases T-Mobile’s. That means you’ll get coverage anywhere T-Mobile’s network reaches. Check out this map to see how your area looks.

That’s a lot of purple. And the network is likely to get even stronger as the company’s merger with Sprint moves forward. That’s good news for Walmart Family Mobile customers. Read the Coverage section below for more info on T-Mobile’s network.

Need to be able to work while you take a cross-country road trip? Want to stream an episode of The Good Place on your laptop while you’re waiting for your home internet to be fixed? Then you need a mobile hotspot.

The cheapest Walmart Family Mobile plan is not hotspot capable (not that you can do much with 2 GB of hotspot data, anyways). But the rest of its plans are. You can use all of your allotted 4G data with your hotspot on the limited data plans, but the unlimited data plan will cap you at 10 GB.

Walmart Family Mobile has some strong selling points, it’s true. But every MVNO has its weaknesses, and we’re here to reveal them all. Muahahaha!

Not the cheapest carrier

When it comes to discount providers like Walmart Family Mobile, price is a major factor. There are so many other carriers that offer very similar plans on the same networks, so if you’re not offering something cheaper, why should anyone pay for your plans?

Unfortunately, Walmart Family Mobile doesn’t quite manage to undercut the prices of its competition. For example, the company’s 5 GB plan costs $29.88 a month. But you can get more than twice as much data (12 GB) on the same network from Mint Mobile for $5 less! Check it out.

Want a cheat sheet for the best MVNO plans on the market?

We’ve got you covered. Check out the lineup of our favorite MVNO plans.

In practice, this means that you might not be able to live stream your kid’s birthday party if you’re in a packed public park. Or you might experience some lag in your Fortnite Mobile game during rush hour.

If you need a plan that won’t get deprioritized, try plans from T-Mobile, AT&T, or Verizon.

As we’ve already mentioned, Walmart Family Mobile’s plans are a bit overpriced when you compare them to other discount providers. If you don’t believe us, just check out this chart of plans that are similar to Walmart’s.

Walmart Family Mobile actually lives up to the family in its name. Here’s what we love about the company’s multi-line plans.

Add up to four more lines

Once you’ve got a plan with Walmart Family Mobile (any plan), you can add up to four lines. If this were Full House, Danny Tanner could grab cell phone lines for his three daughters and still have a line leftover for Uncle Joey.

Bundling your lines together makes it easier to manage your account, pay your bill, and keep track of how much data your kids use.

The best part of bundling your phone plans together as a family is the savings. With Walmart Family Mobile you can add any plan to your original line for just $24.88 a month. That translates to savings of $25 a line when you’re adding unlimited data plans. You basically just cut your bill in half. Nice. Very nice.

Check the chart at the beginning of this section to see just how much it would cost to have up to five unlimited data lines.

Is Walmart Family Mobile not cutting it for you?

Walmart Family Mobile might be the only carrier out there with family in the name, but that doesn’t mean it’s got the best family plans. You can check those out in this article.

You didn’t think it would be all good news, did you? Here’s what we found, um, less good about Walmart’s family phone plans.

Pricier than other carriers

It really comes down to this: price. Walmart Family Mobile’s multi-line plans do save you some money over their single lines. But they're still not cheap enough to compete with plans from other companies like Visible and Cricket Wireless.

Let’s take a closer look at some of the competition. With Walmart Family Mobile, a four-line unlimited data plan would cost you $124.52 a month. Here’s what similar plans from other companies would cost you.

T-Mobile’s powerful network has you covered

Let’s take a deeper look at Walmart Family Mobile’s network. You can see the coverage that customers will get through T-Mobile in the map above. But what about data speeds? 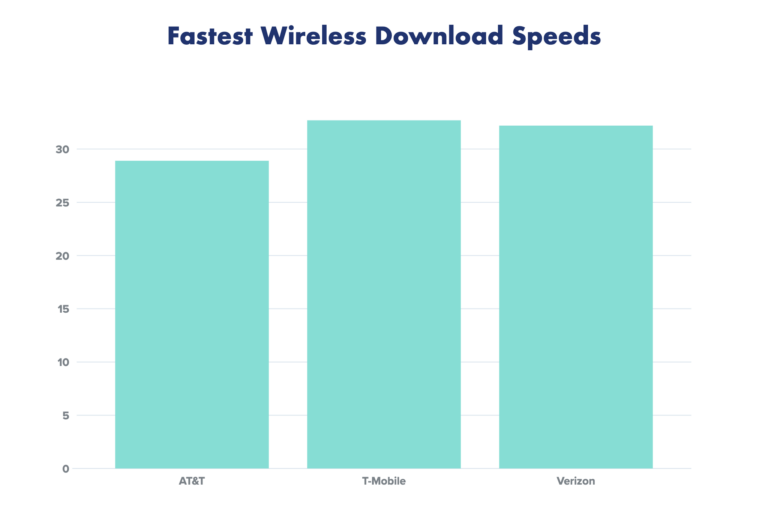 As you can see, T-Mobile has the fastest wireless speeds in the industry. That’s good news for Walmart Family Mobile customers who like to stream music and video on their phone. Keep in mind that your wireless speeds could be throttled due to being deprioritized on T-Mobile's network, but most of the time, you can expect speedy downloads and uploads on your phone.

If you just picked up a brand new iPhone 11 Pro that you don’t want to part with, don’t worry. You can bring your own device to Walmart Family Mobile. But if you’re working with an older device, you can grab an upgrade when you sign up for a plan with Walmart.

Walmart Family Mobile carries many of the best phones from Apple and Samsung. Unfortunately, the company doesn’t carry any Google Pixel devices. Here’s a look at some of the popular models that the company stocks.

What top phones does Walmart Family Mobile have?

If you’re looking for a discount phone, you can nab the Walmart Family Mobile LG Premier Pro Plus for just $79. Or, check out these other amazing deals on phones.

You can call Walmart for customer service, or just a friendly chat if you’re lonely

Unlike the major telecommunications companies, MVNOs like Walmart Family Mobile aren’t analyzed by major customer satisfaction reviewers, like the American Customer Satisfaction Index. So it’s hard to find hard data on how happy customers are.

But, we can say that it was easy for us to get in touch with Walmart Family Mobile to discuss signing up, changing plans, and getting technical support. You can call the company’s customer service department at +1-877-440-9758.

Recap: Is Walmart Family Mobile right for you?

So you want a simple, low-cost cell phone plan. That’s reasonable enough. Is Walmart Family Mobile going to make the cut? Here’s a quick recap to help you decide.

Walmart Family Mobile’s standard plans aren’t going to make our list of the best cheap cell phone plans. But for those who want to hook up their whole family with unlimited data plans, then you might want to sign up for a multi-line plan. 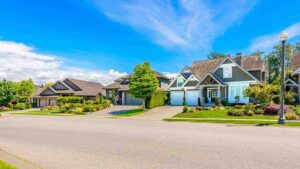 By
Mindy Woodall
Top 4 Best Home Security Systems in Canada 2023
There are many home security systems on the market. How do you choose the right... 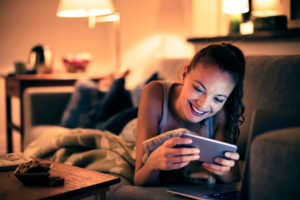 By
Chantel Buchi
Hulu vs. Netflix Review 2023
If you’re on the fence about which streaming service you should get, check out our... 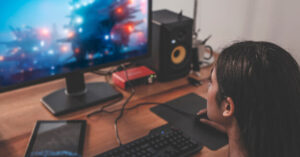 By
Catherine McNally
10 Best Internet Providers for Gaming 2023
We found the best internet for gaming based on download and upload speed and latency,...