This cellular internet connection could be revolutionary for some, but certainly not for most 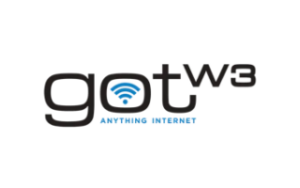 If you frequently travel or live in a rural area, gotW3 may have some advantages over your existing cell phone plan or satellite internet.

GotW3 is a cellular service that connects to cell towers to offer surprisingly fast internet. But it's not without its problems—or high costs. Let's dig in and find out if gotW3's right for you.

Look for rural internet options in your area.

When you first sign up for gotW3’s services, you need to pay for two things: a gotW3 Wi-Fi router and your first month of service.

That adds up to quite a hefty bill because both plans cost just over $100 a month and your one-time router fee adds up to 200- to 300-something dollars, depending on which model you choose. There is also a $40 activation fee hidden in there.

The company will then ship the router to you (it’s not clear if they use standard or expedited shipping). Open the box, plug in the router, and you’re online! Just make sure to prepay for your plan each month.

Data effective 10/12/2020. Offers and availability vary by location and are subject to change.
*Requires purchase of gotW3 router.

gotW3 only has two plans. Both will get your router connected to nearby cell towers for 4G and LTE internet. The difference is just in the cell towers that gotW3 uses:

At first it’s unclear why both plans are more expensive than paying for a mobile hotspot from either wireless provider. But the answer is in the unlimited data.

Using your phone as a hotspot will eat up your cell phone’s precious battery life and your hotspot data. Plus, your phone’s hotspot network doesn’t reach very far.

“Tethering” is when you open up a cell phone hotspot and connect another device to it. So if you’ve ever used a mobile hotspot to work on your laptop, you’ve done it before.

gotW3 offers unlimited data, and your cell phone plan almost certainly does not. Even so-called unlimited cell plans will have a cap on how much data can be used for hotspots or tethering.

And since you're relying on the gotW3 router to connect to the internet and not your phone, you don't have to worry about draining the life on your Galaxy S10 or iPhone 12.

(We should mention that gotW3 does have a Fair Use policy1 that potentially throttles data if you use absurd amounts—like 500 GB a month).

Streaming Netflix can use up to 1 GB of data per hour, though.2 The last thing you want when you’re binging Arrested Development is your data cap cutting you off mid-season.

One downside of using gotW3 instead of a cellular hotspot is that you’ll have another bill to pay. And it’s not a cheap one.

In fact, if you compare gotW3’s plan prices to some of the fastest plans from the best internet service providers (ISPs) in the industry, they’re about the same. So you could be cruising at 1,000 Mbps speeds on a fiber-optic network for a similar price. (Of course, you’d have less freedom to travel that way.)

In short, if you’re not interested in the unique flexibility of gotW3’s service, then it’s just expensive, relatively slow internet.

Have you ever tried checking Facebook with a 5 Mbps internet connection? It’s not pretty. With increasingly complex websites, even regular browsing can suck up slow connections like a vacuum.

So how fast does your internet need to be? It depends, but most people are going to want something closer to the high end (45 Mbps) than the low end (1 Mbps) of gotW3’s speed range.

One issue with gotW3’s service is that the company cannot guarantee your speed—gotW3’s network will vary greatly depending on your location, time of day, and even weather conditions.

We were told by gotW3 that you should see your speed pick up if you leave your router plugged in at the same location for at least 72 hours. That's because the service tries to find a local cell tower that gets you the best data speed.

gotW3 also mentioned the average download speed most users get is 12–20 Mbps, but some lucky people get up to 70 Mbps. Not a bad trade for enjoying the freedom of van life.

Our own gotW3 experience didn't quite live up to those 70 Mbps dreams.

Part of the problem was we never got the router to establish a wired connection. So all of our testing happened over Wi-Fi, which will almost always be slower than connecting to the internet with an Ethernet cable.

Experience: Streaming Paul Hollywood's intense stares and the bakers' sugary delights was pretty smooth. I only got a few seconds of buffering after skipping the intro and again about a third of the way through the episode.

Details: Play Diablo 3
Device: MacBook Air (Normally I'd play on my desktop, but it only works with a wired connection.)

Experience: Holy lag, Batman! I tried to complete a tier 13 Nephalem rift on my Demon Hunter character and couldn't finish. My character stuttered across the screen, and getting some distance between me and the monsters was difficult because of the lag.

My gameplay had a lot of graphically intensive spells flashing across the screen nonstop, which likely overloaded both my Mac and my gotW3 connection.

You may avoid a service contract, but the fees will find you

There’s only one kind of contract for these prepaid plans, and that’s no contract at all. While this is generally a good thing, it does mean that gotW3 has the freedom to raise its prices at any time.

Fees are like commercial breaks: there are too many of them, they come at the worst times, and they’re honestly just tacky. Here are the ones you’ll want to watch out for if you sign up for gotW3.

As stated before, you’ll have to buy a router from gotW3—and you better have a couple hundred dollars in hand. That’s a fixed cost, and there’s no way around it.

The routers come in two flavors: the C4R400 and the more expensive LTE520. Both are gotW3 proprietary routers, meaning they're produced by the company itself. The main differences are the following:

You also have the option of buying extra equipment "boosters," like an omni-directional antenna. Here's how those equipment costs stack up:

GotW3 struggles with providing good customer service, just like every other ISP out there

gotW3 is such a new company that there’s almost no information about customer satisfaction. We like to be optimistic over here, but the few customer reviews that are trickling in point to the same issue every internet provider faces: poor customer service.

The company does provide plenty of ways to get in touch if you have an issue, so there’s that.

And we've got a few tips for your customer service call that'll hopefully lead to a better experience—and resolution.

GotW3 offers a decent but pricey internet solution for a niche market. For anyone on the move or living in a rural area, gotW3’s unlimited data and relatively high speeds could be the answer. It’s not cheap, but in terms of performance, it definitely beats the data caps and throttling that come with most cell phone hotspots in the long term.

But if you’re looking for reliable internet for gaming, or for perfect-quality streaming, then our advice is, don’t do it. In those situations, gotW3 probably won’t live up to the challenge.

Compare internet options in your area.

What’s with the GotW3 name?

Got waffles $3.00? Game of Thrones wasted season 3? Go to Wyoming three times? Our guess is that it stands for “got www”—you know, like the World Wide Web?—but that’s boring. We couldn’t find the answer anywhere online, but you can comb through gotW3’s website and see for yourself. 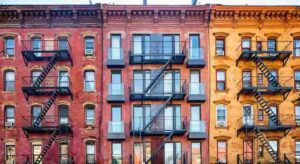