The base model S20 is a great phone, period

Meet the Samsung Galaxy S20 5G, a phone that has a great design with four cool colors, works super fast, and offers plenty of 5G coverage. And if the regular S20 isn’t for you, you can always upgrade to the S20 FE, the S20+, or the S20 Ultra.

The Galaxy S20’s design is pretty darn user friendly. We especially like the storage expansion option, the long-lasting battery, and the color choices—but we’re not crazy about the lack of built-in storage, the tall display, or the lack of a headphone jack.

The top of the Galaxy S20 5G has a Nano SIM tray for expandable storage (up to 1 TB). Will you need the extra storage? Possibly. The S20 is only available in 128 GB, which isn’t a ton of room. If you mainly use low-data apps and take the occasional photos and videos, you’ll be fine. But if you’re an avid phone gamer, photographer or videographer, you’ll fill that up quickly.

This phone also has a 4,000 milliamp-hour battery. That’s significantly better than the Galaxy S10’s battery, so you should get a good, long battery life every time you charge the phone.

Last but not least, the S20 comes in a ton of fun colors! One of our favorite things about buying a new phone is choosing a color that shows off our personality, and you’ll definitely get that with the Samsung Galaxy S20 5G.

In keeping with the galaxy theme, the four colors have space-esque names:

What don’t we like? As we said, this phone doesn’t have a lot of storage built in, so you may run out of space quickly if you don’t expand.

Additionally, the display is 6.2 inches, which is a little tall. If you're used to an iPhone, this Galaxy phone might feel like Snow White in your hands versus one of the seven dwarves. 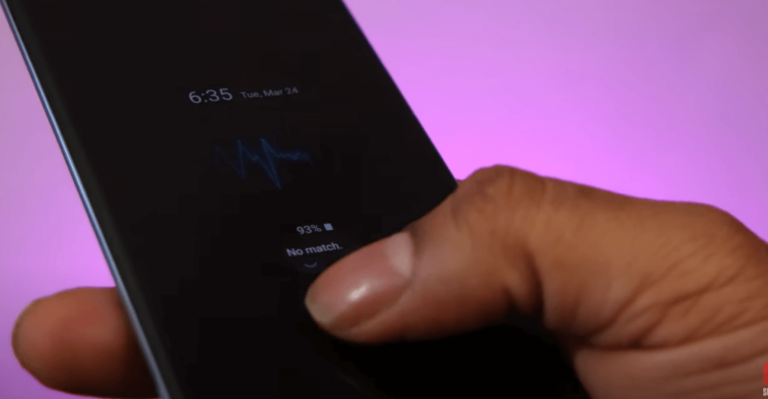 Also, while the phone comes with a USB port, sadly, there’s no headphone jack.

We know folks aren’t happy about the lack of headphone jack on the S20. Unfortunately, that’s one of the realities of phone design in the 2020s. Most smartphone brands are dropping dedicated headphone jacks in favor of Bluetooth headphone connectivity.

When we tested this phone, everything we did was just fast. We could launch apps, move between apps, open the camera, and use different features quickly and easily.

The display is gorgeous for watching videos, and the sound from this device is even better than some laptops . And if you have specific tastes in video or audio, there are plenty of options to adjust the display and sound to suit your preferences.

A triple-rear camera also gives you sharp, crisp images and helps with the phone's 30x zoom. That’s good, but it’s not quite the coveted 100x zoom. If you want that, you need to upgrade to the Ultra model. In most cases, though, we think the 30x zoom will be more than enough! After all, who wants to dive that deep into their own pores?!

When taking photos with a smartphone, you often have to contort your fingers into awkward positions. With the Samsung Galaxy S20 5G, you can move the shutter button around the screen for the most natural photo-taking experience.

This phone also has fast charging. That goes for both traditional and wireless charging with Samsung's charging pads or another third-party option.

Now, don’t get us wrong. If you’re after the fastest band of 5G, you're not gonna get that on the Galaxy S20 5G. But in our opinion, that isn't a dealbreaker.

Let’s sketch this out for those who haven’t spent much time with 5G. 5G is most efficient when using low-, mid-, and high-band signals.¹ The Samsung Galaxy S20 5G uses low- and mid-band—no high band here.

However, it’ll be some time until 5G is fully deployed around the United States. So having only low- and mid-band 5G isn’t a disaster.

Tshaka’s tests show that the low band actually works pretty well. When he used T-Mobile's 5G network around Southern California, Tshaka’s coverage was excellent compared to LTE, even in areas where the signal was weak.

If you want an S20, you can pick between a few versions. There’s the flagship model (S20 5G), a “downgraded” version with fewer features (the S20 FE), and two upgraded versions with more features (the S20+ 5G and the Galaxy S20 Ultra 5G).

The FE is a more basic, less expensive version of the S20. While it has a bigger screen and battery and most of the same features, it has less RAM (Random Access Memory). With that lower short-term memory storage, the FE will eventually run more slowly.

The S20 5G and the S20+ 5G are almost identical in specs. The key differences are a bigger battery, bigger screen, and depth-sensing camera to augment camera effects on the Galaxy S20+.

Meanwhile, the S20 Ultra has an even bigger screen and faster 5G capabilities than the other two models. It also has 100x zoom so you can get real close and personal with your photos.

Now that the phones have been out for a while, the prices vary, but an Ultra still costs more than a regular S20.

A few hundred dollars or so is no small chunk of change, but if you’re already spending that much on a phone, it’s (comparatively) inexpensive to upgrade.

The other S20 models come in some new colors. You can get the S20 FE in the following:

Recap: Is the Galaxy S20 5G a good mobile phone?

The S20 is mostly pros with few cons. The design is impressive, the user experience is a dream, the 5G coverage should more than meet your expectations.

The biggest downsides are that the phone is light on built-in storage (although you can easily expand that) and that it doesn’t have headphone jacks (so get ready for Bluetooth).

And while some may prefer the SFE, S20+, or S20 Ultra, the base model S20 is a great phone that we easily recommend to you.

Tshaka spent a lot of time running around the LA area with the S20 5G in his hands. We honestly can’t think of a better way to test a Samsung phone (or any phone, for that matter).

Here are a few answers to questions you might have about Samsung devices.

Does the Samsung S20 have a good selfie camera?

We say yes. With the high image quality and movable shutter button, the Samsung Galaxy S20 was pretty much made for cute selfies.

Is the S20 the best Samsung device?

No, probably not—although it’s hard to say for sure without making a big ol’ Samsung-specific evidence board.

We will say, though, that we think the S20 is better than the newer S21 in some ways. For one thing, the S20 display has more pixels than the S21 display.