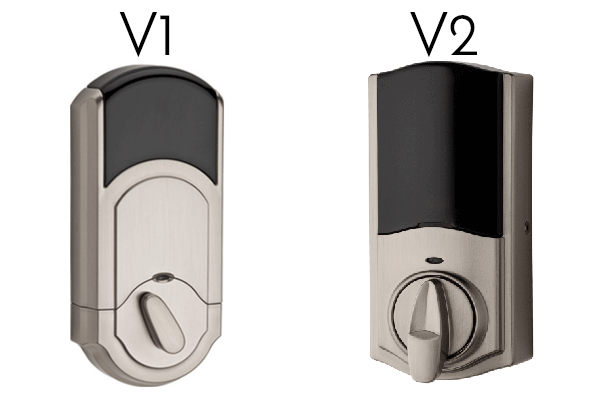 “Kwikset created a market for DIY smart locks in October 2013 with the launch of Kevo, the industry’s first Bluetooth-enabled smart lock,” says Keith Brandon, Vice President of Residential Access Solutions, Kwikset. “When we began development of Kevo 2nd Gen, we invested in understanding homeowners’ everyday experience with Kevo and put that feedback at the center of the Kevo 2nd Gen development strategy.” 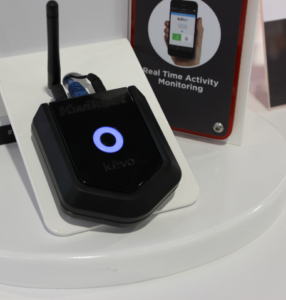 There are 5 features that set Gen 2 apart from Gen 1. One of the most noticeable features is that Gen 2 is easier to set up. According to Kevo, owners can begin using the lock within minutes of unboxing. Setup is guided by the app and the new generation eliminates user-initiated calibration. Say what?

According to a source from Kwikset,

“When Kwikset first launched, users would have to calibrate their lock to recognize the compatible device through a series of actions with the lock—pressing a calibration button on the inside of the lock, standing outside the lock and touching the deadbolt, repeating the touch process two more times from different distances from the lock. With Auto-Calibration, Kevo continuously learns where the user keeps their smart phone and automatically adjusts its activation range to the best and most secure setting. The positioning technology detects whether an authorized user is inside or outside of the home before granting access, to help prevent unauthorized entry. Auto-Calibration automatically enables the positioning technology to further simplify the user installation experience.”

The second improvement is the design of the lock. The second generation is sleeker and has an all-metal interior. Not only does this make the lock more attractive, it also makes it more durable.

And though the outside portion of the lock looks the same to me, the interior does have a different look. But is it sleeker? You be the judge. 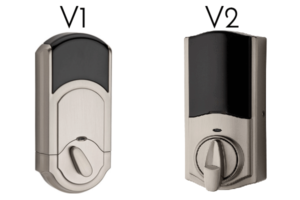 Gen 2 features “Advanced SmartKey™ Security”. SmartKey is a feature we’ve seen before, but the latest version is improved to protect against torque attacks. It has been tested against lock-picking standards (UL 437, par 11.6.) and includes BumpGuard™ to protect against lock bumping. If you need to re-key your lock, you can do so within seconds. Simply insert your old key, insert the Kwikset tool, and insert your new key.

When Kevo Plus launched last year, it only worked with Nest. Since that time, they’ve continued to add smart home partners including Android Wear, Ring, and Honeywell Total Connect.

Though these partnerships, you can integrate Kevo for a smarter smart home. Using your Android Wear device you can lock and unlock your door from your watch. Using Nest and Honeywell, your home’s temperature can automatically adjust if you lock or unlock your door. Integrating Ring will allow you to see who is at your door, talk to them, and then decide to let them in—or not.

Still, a Bluetooth lock doesn’t play with all devices. We would like to see Kevo work with the second generation SmartThings hub or even integrate with Z-Wave home security.

Kevo Plus is not necessarily new to Gen 2, but it is nice to know that it’s supported. The Kevo lock works using Bluetooth, meaning that you can only lock and unlock your door within Bluetooth range. Kevo Plus adds connection via the internet, too, so that you can lock or unlock your device from anywhere in the world. Now that’s convenient!

Kevo 2nd Gen was released in 2016 and is available at select retailers. Pricing may vary, but the first generation Kevo sells for around $200. Kevo Plus is $69.99 as a yearly service and the price includes a gateway. Finally, if you need touchless access for those without cell phones, you can add a key fob for $25.

Kwikset products are sold online and through retailers and distributors throughout the United States, Canada, Mexico, and Australia.