The Most-Hated (and Loved) Holiday Movies in America

We're on a mission to find out which holiday movies make us Grinchy. 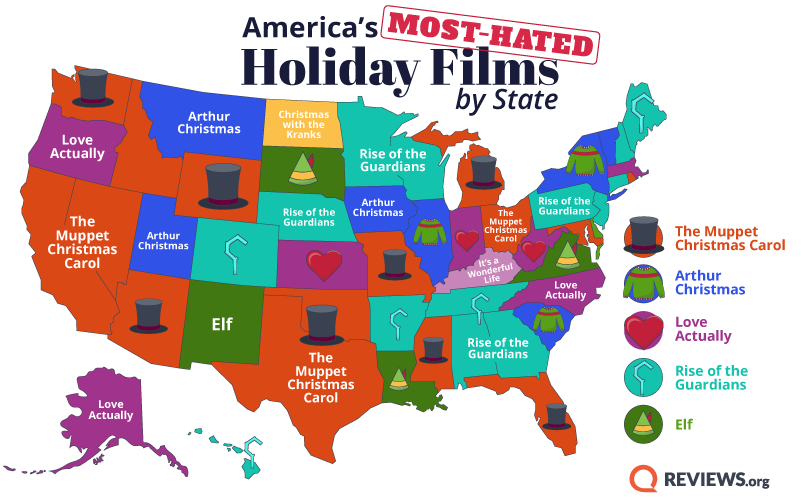 Which holiday movies do Americans hate—no, loathe entirely? We asked folks which holiday flicks turned them into the Grinch and which ones made their hearts grow three sizes bigger.

Other than marathons of Hallmark movies, here’s what America is tuning into this holiday season. 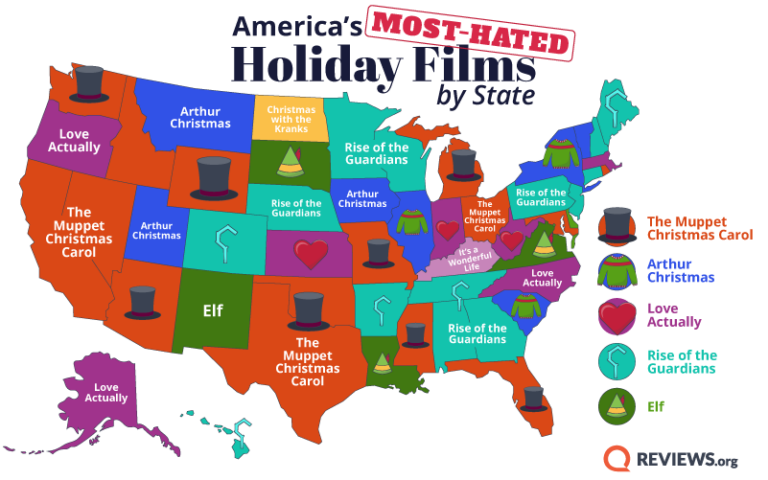 The hatred that folks harbor for holiday flicks spreads from coast to coast, but a few places show higher concentrations of hatred for particular movies: 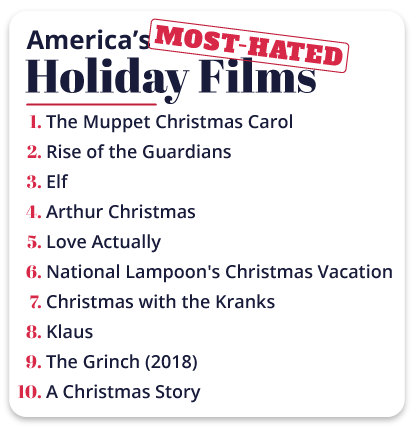 The Muppet Christmas Carol and Rise of the Guardians claim the top two spots on the throne of holiday hatred. Elf, the most-hated film in four states, takes the number three spot for the entire US. (Sorry, Buddy! Don’t worry. We’ve got great news for you later.)

National Lampoon’s Christmas Vacation wasn’t any state’s least-favorite movie (but it is the favorite of seven states). Still, a more subtle hatred spread throughout the nation—enough to land the Griswold family at number six on the naughty list.

Although The Grinch (2018) didn’t steal the love of America this time around, it won big at the box office, bringing in over $511 million worldwide since its release, making it the highest-grossing holiday movie to date.1

Ready to retire it? It seems like people have seen enough of Ralphie shooting his eye out in A Christmas Story, which finishes off America’s top 10 most-hated holiday movies.

The most-loved holiday movies in America

We can’t bring up the worst of holiday movies without also mentioning the best. These are the merry-bringing movies that won America’s holiday hearts. 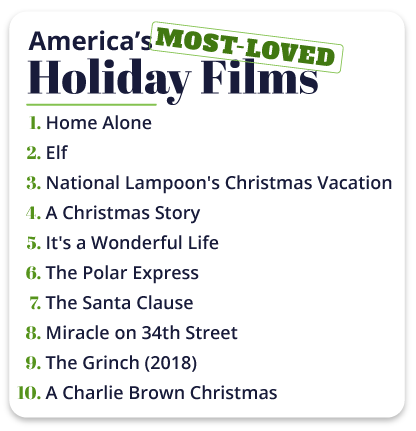 Here are some stocking-stuffer tidbits on these festive flick favorites:

Here’s the full state-by-state breakdown of this year’s most loathed and loved holiday films.

After reading through the naughty and nice list of fan favorites, do you agree with your state’s spirit? Feel free to drop this article in the social-media stockings of your friends and family to spread some fun film discussion—or at least find out which Scrooge isn’t allowed to stream movies for everyone on Christmas morning.

Reviews.org surveyed 215,416 Americans and asked them to share their sentiments toward various holiday movies, specifically which holiday film was their favorite and least favorite.

Using this survey data, we determined which 10 holiday films were the most liked and disliked to create the overall top and bottom ten lists. We then segmented this data by state to find each state’s favorite and least favorite holiday films.

This content is administered by Reviews.org and is in no way sponsored, endorsed or administered by, or associated with any of the parties mentioned above or their affiliates.