How do I AirPlay to Apple TV?

Learn how to share photos, videos, music, and more to your Apple TV

Apple TV allows you to watch content from some of your favorite streaming services, including Netflix, HBO Max, Disney+, Hulu, and Amazon Prime Video.

But, what if you want to take the content on your iPhone, iPad, or Mac and bring it to the big screen?

We’ll show you how to use Apple’s AirPlay feature to share videos, music, photos, and more to your Apple TV from your mobile device or computer.

What is Apple AirPlay? 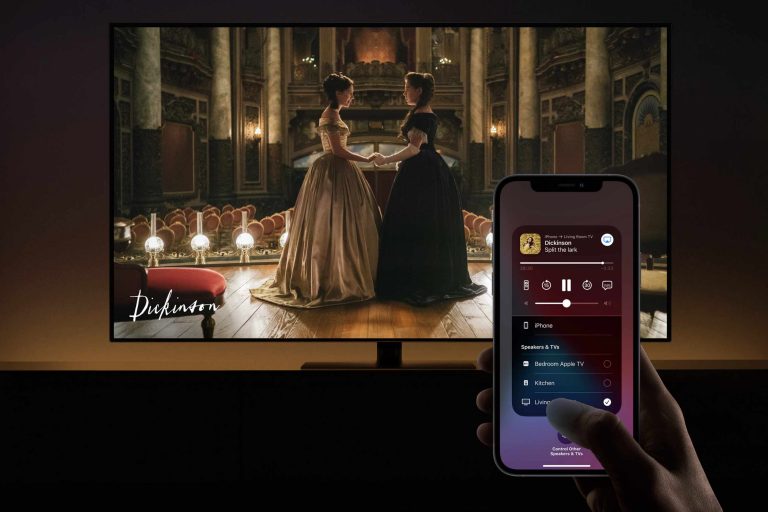 AirPlay is a wireless technology developed by Apple that allows you to stream content from one device to another.

AirPlay enables you to effortlessly share audio, video, device screens, and photos, so you can display or hear what’s on your device to televisions and wireless speakers.

AirPlay is an excellent way to gather around a television and share your latest family videos and photos or blast music through your wireless speakers for your next party.

Apple devices that can share content via AirPlay include iOS devices, such as iPhone and iPod, running iOS 4.2 or greater, and Macs running OS X Mountain Lion or later. 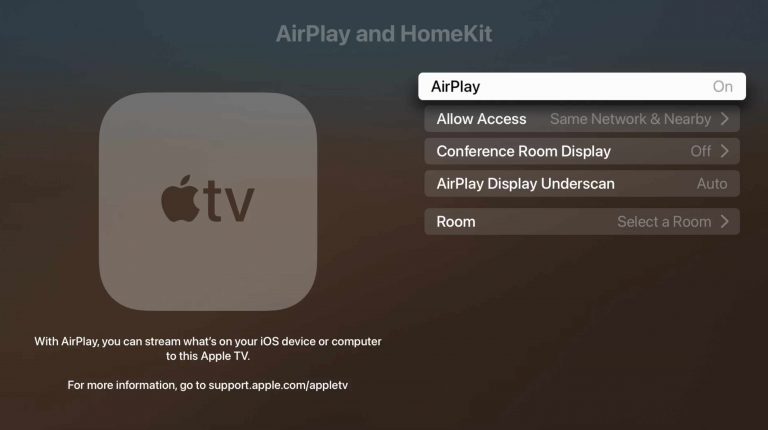 Before you begin sharing content to your Apple TV, you will want to confirm that AirPlay is enabled and access is allowed so that you can begin streaming.

Step 1: Begin by opening the Settings app on your Apple TV.

Step 2: Scroll down and select the AirPlay and HomeKit option.

Step 3: From within the AirPlay and HomeKit screen, ensure that AirPlay is set to On.

Step 4: Also check that Allow Access is set to either Everyone or Anyone on the Same Network so people are able to connect.

Once AirPlay is on and people are allowed to connect to your Apple TV, you can begin streaming content from your Apple device.

How to AirPlay from iPhone or iPad 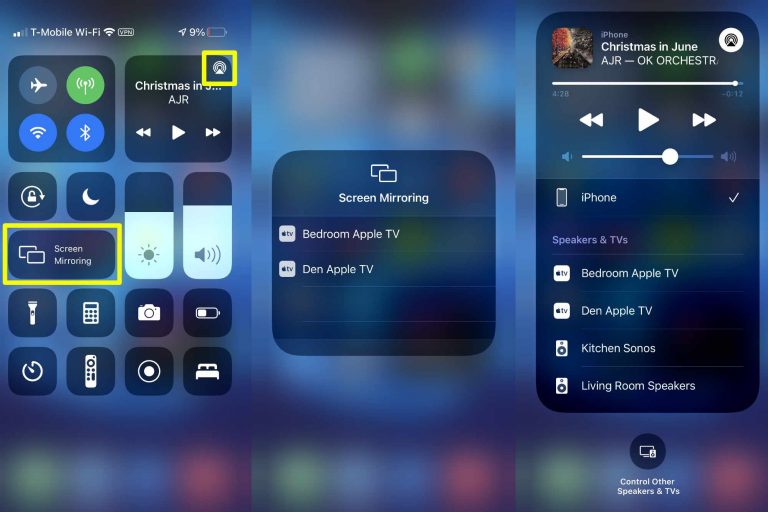 Apple has made sharing content to your Apple TV easy to access by placing control in the iOS Command Center, allowing you to access it from anywhere without leaving your current app.

If you have an iPhone or iPad (or even an iPod Touch), with only a few taps you can use AirPlay to share content to your Apple TV:

Step 1: With your device unlocked, swipe down from the upper right corner of the screen to be presented with the iOS Control Center.

Step 2: Depending on whether you want to share your entire screen, for videos and photos, or just audio, for music, following one of the two options below:

Step 3: Once you are done sharing, return to the Control Center, then choose to either Stop Mirroring or tap your iPhone/iPad to return control to it.

Tip: Some apps have AirPlay buttons built into them, so you don’t need to access the Command Center to begin sharing.

Look for the AirPlay symbol in applications such as Apple Music for a faster way to start sharing your content.

How to AirPlay from Mac 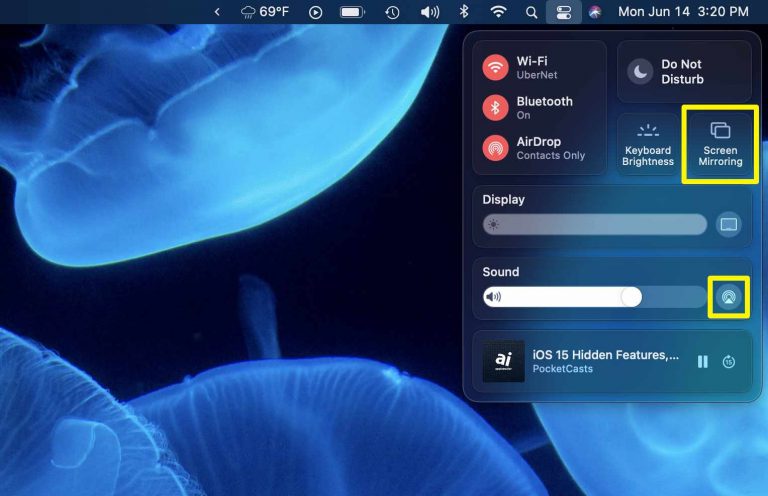 If you own a Mac, you can also AirPlay your entire screen, great for work presentations. Follow these steps to AirPlay content from your Mac computer:

Step 1: With your Mac unlocked, click on the Control Center button located in your menu bar—near the computer’s date and time.

Step 2: Whether you want to share your entire screen or just audio, follow one of the two options below:

Step 3: Once you are done sharing, return to the Control Center, then choose to either Stop Mirroring or click your Mac to return control to it.

Tip: The same as iOS, some apps have AirPlay buttons built into them, so you don’t need to access the Command Center to begin sharing.

Look for the AirPlay symbol in applications such as Apple Music for a faster way to start sharing your content.

If you are having trouble with AirPlay, start by ensuring that both your Apple TV and the device you wish to stream from are on the same Wi-Fi network.

Next, double-check your Apple TV’s settings to ensure that they match the instructions we provided in the Preparing Apple TV for AirPlay section.

Lastly, you can attempt to resolve the issue by restarting the devices you wish to use with AirPlay—sometimes, a good restart is all a problem needs!

If you’re still having issues with AirPlay and Apple TV, we recommend reaching out to the friendly support team at Apple for assistance.

If your Apple TV is feeling a bit long-in-the-tooth, or you want to upgrade to a 4K experience, be sure to check out our review of the latest generation Apple TV 4K.