The Most Fortnite-Obsessed States in 2019 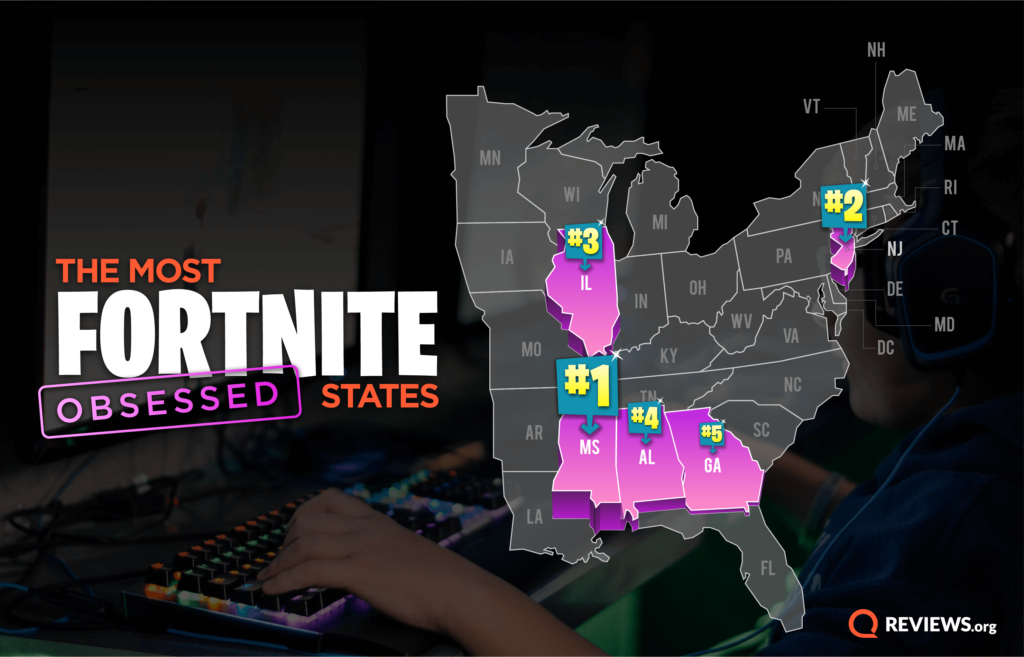 https://www.reviews.org/trends/most-fortnite-obsessed-states/
All the data suggests Fortnite is the most popular video game in the country, but what states can claim to have the most devout Fortnite fan base?
August 15, 2019

We’ll be honest—our original idea was to find the most popular video games in every state. It felt like a good idea at the time, but then the results came in. Turns out our entire country is buck-wild about Fortnite. (This probably should have been obvious, because everybody out there is flossing these days.).

Love it or hate it, the Fortnite moment continues to sweep our country. But which states are the most Fortnite-obsessed?

Whatever people say about your states, you can always respond with: “Oh yeah? Well, at least we play a lot of Fortnite.” That’ll show ‘em.

Observations from the data 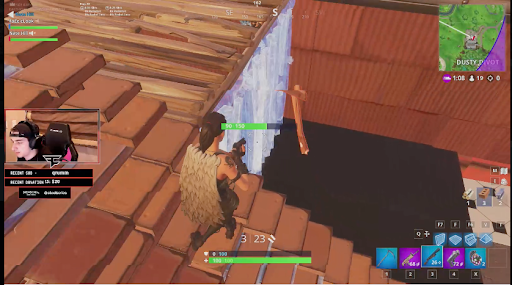 Okay, but what about games that aren’t Fortnite?

Easily the biggest runner-up to the Fortnite domination is Minecraft. Want to know the state where Minecraft is the most popular? Idaho. It doesn’t sound like a bad life, right? Hike some beautiful trails, munch some delicious potato chips, and unwind with tons of Minecraft.

But what about people who don’t like Fornite? We know you’re out there! If you’re a fan of Minecraft, League of Legends, Overwatch, or Destiny 2, listen up. These are the top states for these other most popular video games: 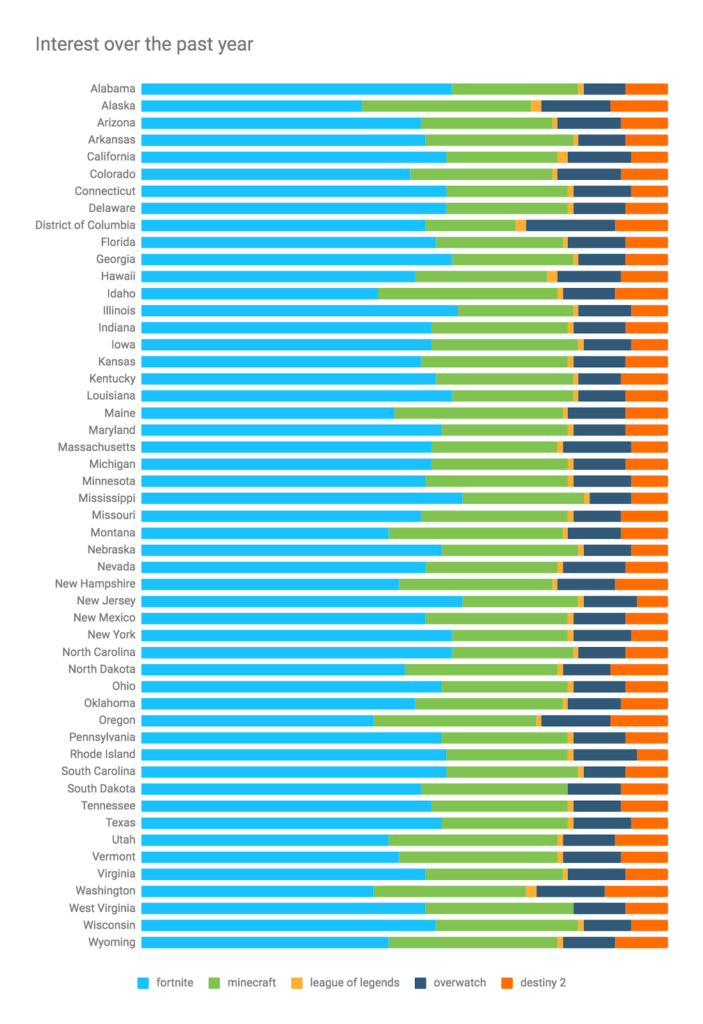 Remember when Nintendo and Sega were the two superpowers vying for video game dominance? Yeah, me neither. Well, now it’s Fortnite and Minecraft that are locked in an immortal struggle for the most popular video game in the country.

(In very Nickelback voice) Just look at this graph:

Fortnite was towering over the competition for months, and then slowly but surely, Minecraft, that old wily green creeper, has crept back into contention. Meanwhile, League of Legends is just flatlining down there. You can do it, old buddy! Sorry I don’t play you anymore.

Fortnite is overwhelmingly the most popular video game in the entire country. Fortnite won in literally every single state by a landslide. But we can’t help wondering how much longer Fortnite will rule the roost. Guess we’ll have to see!

Like anything in popular culture, video games are all about the latest trends. Battle royales are undoubtedly the hottest genre right now for the time being and that doesn’t seem to be changing anytime soon.

And no matter how long Fortnite sticks around, at least we all learned some new dance moves.