American Home-Safety Myths: Which Ones Are True?

We asked people across the country how they keep their homes safe. But do the stats agree with their answers?

Everyone wants to live in a safe house. No, not in the CIA, spy-on-the-run sense. (That would be cool, though . . . ) It’s more about when you close your eyes at night or leave your house for work. With the right security measures, you can rest easy knowing creeps won’t come to call.

But do you really know the best ways to lock down your property and keep the baddies at bay? We surveyed 500 people about what they think works best for home security—and we discovered that a lot of people don’t have all the facts about protecting their property.

Check out our results on these common home security myths and see what will really help you take a bite out of crime (or just prevent it entirely).

In our survey, 54% of people thought that you’re most likely to get robbed by people you don’t know. But according to a Justice Bureau special report, in 65% of violent burglaries (a.k.a. robberies), the victims knew the perpetrators. (Strangers were the offenders only 28% of the time.)1

Myth: guns are the most effective home safety measure

Don’t fire up your blog just yet—we’re not getting political here. It’s just that, of all the options you have for home security, guns don’t seem to be the most effective one.

In our survey, we asked people to rate a few different home security options based on how effective they thought they were. Their options included dogs, professional home security systems, cameras, lights, locks, security system stickers or signs, and, of course, guns.

You guessed it. People were pretty divided over which method was best, but guns got the most votes for #1. Even then, it was a minority pick. (24.4% of people voted guns most effective.)

According to a study done by UNC Charlotte, burglars select homes based on “proximity of other people—including traffic, people in the house or business, and police officers; the lack of escape routes, and signs of increased security—including alarm signs, alarms, dogs inside, and outdoor cameras or other surveillance equipment.”2

So even though guns rank #1 in what people think is the most effective home security method, it looks like burglars are actually more concerned with other things, like dogs, security systems, and whether or not you’re even home.

Most people in our survey didn’t fall for this myth, but there were still almost half who did! 44.2% of people thought most burglaries occur in the middle of the night.

According to a Bureau of Justice special report, most burglaries actually occurred between 6 a.m. and 6 p.m.1 We’re guessing most burglars would rather not have you around while they steal your stuff, and people are more likely to be at work or away from home during the day.

Myth: burglars don’t knock on the front door before they break in

50.8% of our survey respondents said burglars don’t knock before they break into properties. But actually, they do! We know it’s weird to imagine an intruder knocking politely before they force their way into your house, but it happens.

KTVB interviewed 86 convicted burglars about their standard practices, and all of them said they knocked on the front door before breaking in.4 No better way to tell if someone’s home or not, right? (For the record, the convicts said if someone answered the door, they’d give an excuse for knocking and then leave.)

Sometimes the best way to secure your home isn’t what you think! Our survey found that people have mixed ideas about the best way to protect their properties, including some things that are outright untrue.

If you're leaning toward a home-security system, we've dug through the research to separate the best from the rest. Read our home-security resources to learn more.

As for us, we’re off to put up a yard sign and adopt a big, loud dog. What about you? 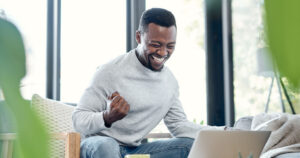 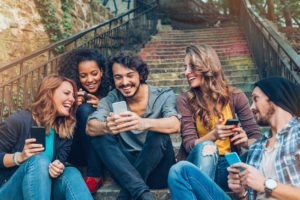 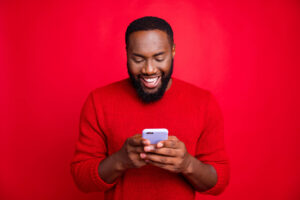 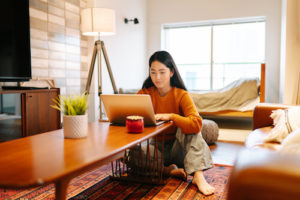