‘Tis the season to be jolly! (And a bit naughty, too.)
https://www.reviews.org/trends/americas-holiday-confessions/
Have you ever regifted a present you didn’t like? Well you’re not alone. Check out all the juicy results of our Holiday Confessions Survey.
December 16, 2019

Are you thinking about regifting that scented candle you got from your coworker last Christmas? Well, you’re not the only one.

According to our Holiday Confessions Survey, more than half of Americans (58.52%) admit that they’ve regifted a present! (Makes you wonder where your coworker got the candle in the first place.)

But that’s just the tip of the iceberg when it comes to our naughty holiday habits.

As it turns out, more than two-thirds of us have peeked at our holiday presents early, three-quarters of us have kept a present we bought for someone else, and almost 30% of us have gone more than $500 into debt to pay for our holiday shopping. (But there were so many deals!)

Here’s a look at all of the scandalous results from our survey. 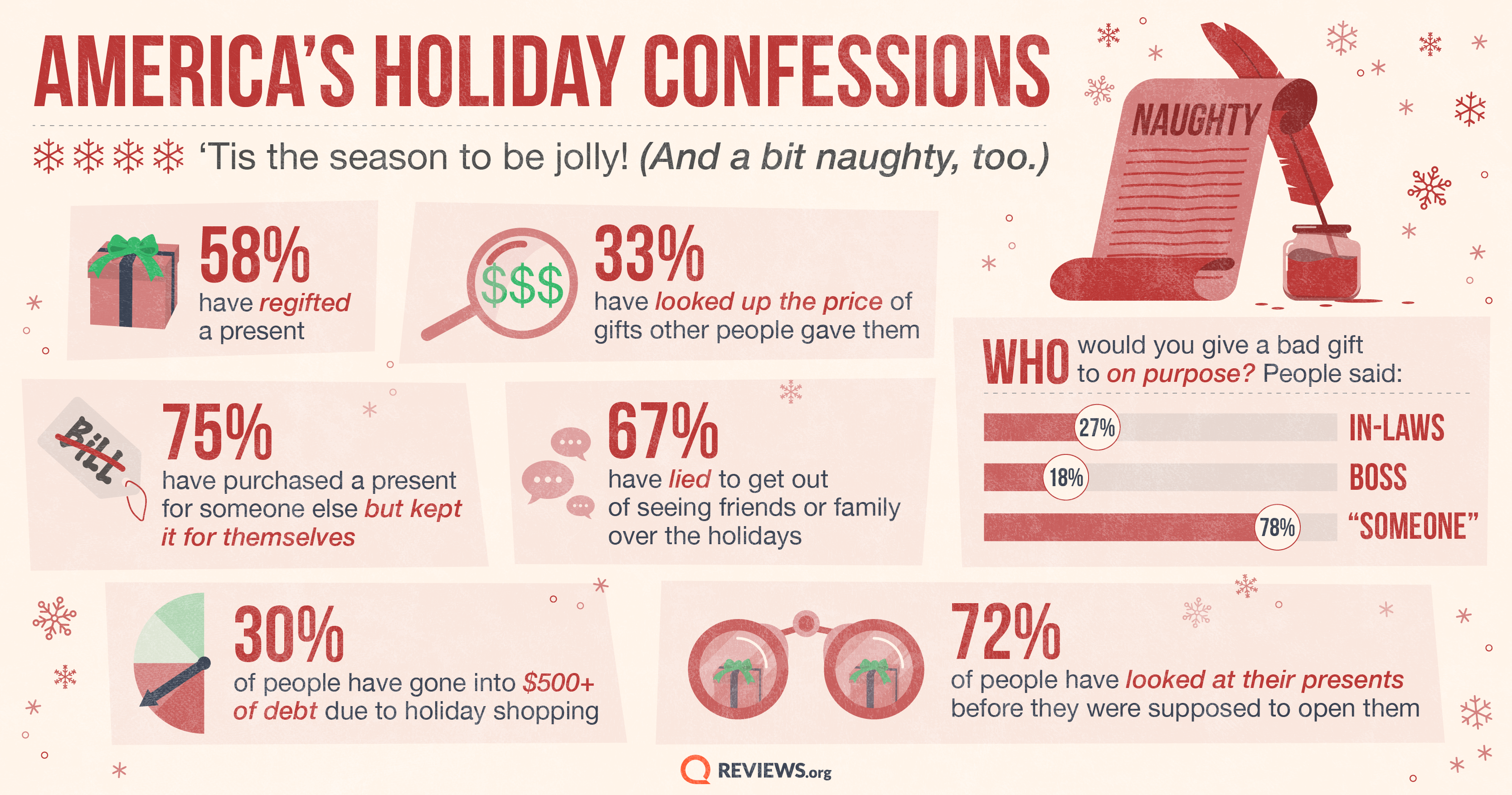 There’s a little bit of Scrooge in all of us, but giving your in-laws a bad gift on purpose? That’s just downright Grinchy. Santa’s naughty list may be longer than we thought!