Is this the moving company for you? 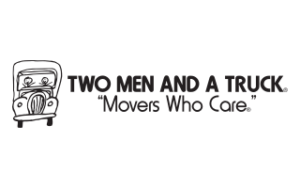 Overall Rating 3.5 out of 5
Super fun website
Decent prices (for a full-service move)
Customer service horror stories
Learn more
https://www.reviews.org/moving/two-men-and-a-truck-moving-review/
TWO MEN AND A TRUCK look great on the surface level, but it depends on your local franchise. Read our TWO MEN AND A TRUCK review first.
October 21, 2020

TWO MEN AND A TRUCK offers competitive prices for full-service moving, but we wish its customer experience weren’t so spotty.

You’ll want to research your local branch before choosing TWO MEN AND A TRUCK for your next big move. Let’s get into the details.

THE GRANDMA RULE®
Two Men and a Truck adheres to the “Grandma Rule”—”To treat everyone the way you would want your grandma to be treated.1 So expect to be treated well, and you should probably complain if you receive anything less.

What to know about TWO MEN AND A TRUCK

With TWO MEN AND A TRUCK, your experience will depend on your local franchise. Our advice would be to go off of word of mouth and reviews for the franchise closest to your house. If people are digging it and having positive experiences, that’s your green light to go forward.

Still, no matter what franchise you go with, each should adhere to the main rules of the company. You’ll get basic insurance and have plenty of options.

Expect hourly pricing with every franchise
One of the common threads with every Two Men and a Truck franchise is you pay by the hour. The more time it takes to pack everything, the more you’ll end up paying.

Reviews can be confusing

Let’s talk more about reviews for a second. Some people have had downright awful experiences2 with TWO MEN AND A TRUCK, but there’s also some five-star reviews in there too. Take it all with a grain of salt because it really just depends on your local franchise.

Besides, we both know people are much more likely to leave bad reviews than positive reviews. Go in with an open mind, keep your guard up during the quote process, and remind them about the “Grandma Rule.” Always remember the “Grandma Rule.”

What you get with TWO MEN AND A TRUCK

No matter what franchise you go with, here’s everything you need to know before you go get your quote:

There’s no set pricing across the entire company, so what you pay is going to depend on your local TWO MEN AND A TRUCK franchise. Most franchises charge an hourly rate, which means it’s up to you to spend as few hours as possible with the movers.

How to save money with TWO MEN AND A TRUCK

Assuming your local franchise works on an hourly rate, then the more you do before the movers arrive, the less you have to pay. Here are some suggestions to cut the price tag down a bit:

If you do all that stuff, and it still feels like the movers are taking their time, you should call the owners and voice your complaints. You shouldn’t need to pay for movers to, say, play on their phones for an hour.

Coming from someone who’s gotten a lot of quotes from a lot of different full-service moving companies, may I just say the online quote process with TWO MEN AND A TRUCK was a delight. Just look at a few of these screen grabs:

Like you, we hate getting phone calls from unknown numbers. It always brings flashbacks of Scream or When A Stranger Calls. We always appreciate it when you can just opt for emails. 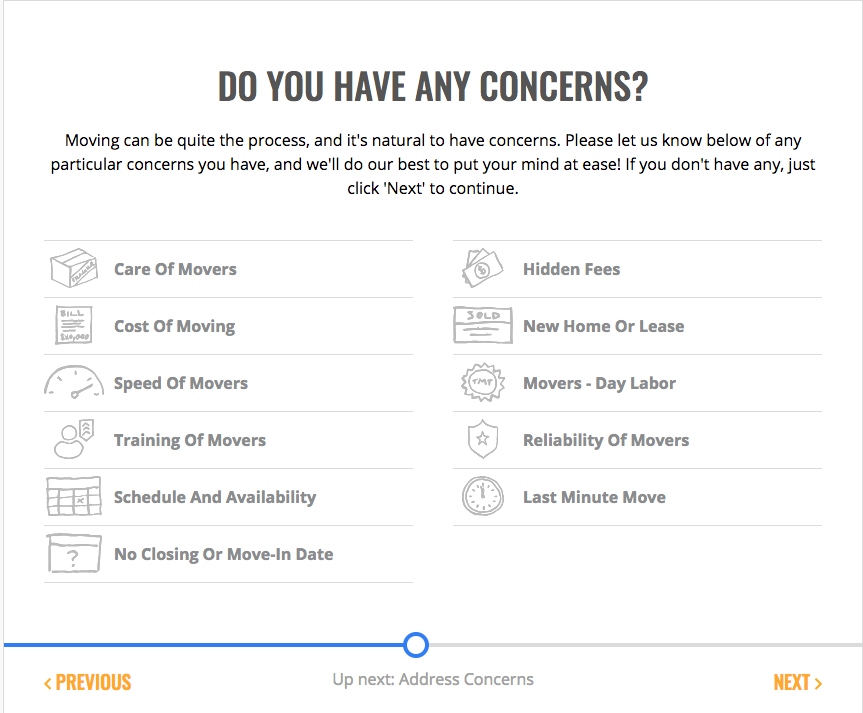 This is a new thing we’ve never seen in an online quote process before. Major props for letting us address concerns like hidden fees, speed of movers, and cost of moving before we get our quote. 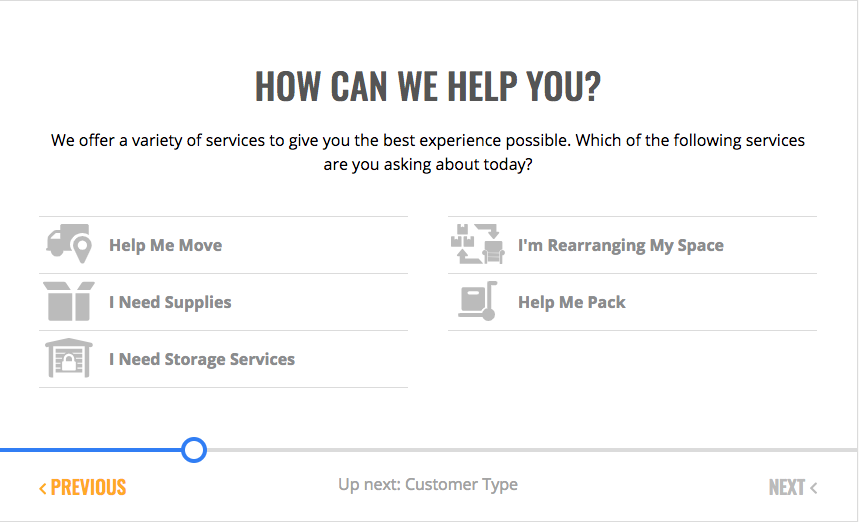 Another rarity in the world of online moving quotes—letting you customize exactly what you want done. Most companies assume you just want to move, but what if you need help rearranging furniture or just want to see how much it costs for storage space?

Saying the online quote process is as fun as Disneyland would be an exaggeration, but it’s closer than you think. At least until you get to the end and you realize you won’t get a quote until someone calls or emails you. Just an extra step that doesn’t feel super necessary.

Here are the results we got when we went through the online quote process. We planned for a move from Salt Lake City, Utah, to Los Angeles, California.

That’s a ballpark estimate of what you’d pay if you were moving from a medium-sized house to another medium-sized house. TWO MEN AND A TRUCK’s prices jive well with other full-service moving companies. In other words, don’t worry, you’re not overpaying.

The pricing breaks down to be about $80–$100 an hour for labor, including the travel time to get to your place. The whole thing adds up to be a competitive price for a full-service move.

Because TWO MEN AND A TRUCK operates as a franchise, prices can change depending upon your local business. You’ll need to get in touch with the peeps over there to see exactly how the pricing breaks down.

How to get the cheapest moving quote possible
-Avoid moving in the summertime at all costs
-Avoid moving on the weekends (just take the day off of work—your boss will understand!)
-Pack as much as you can on your own

Is your landlord kicking you out and you haven’t quite finalized a place to live just yet? Thank goodness for storage options. Two Guys and a Truck offers climate-controlled storage units for you to store your stuff in-between the move.

Storing your stuff with the same company you’re moving with makes your life considerably easier. No need to store your stuff in one place and go through the trouble of organizing everything with the moving company.

Expect to pay about the same you would with any other storage company. The average price for storage units cost around $100–$200 per month.

Interested in using TWO MEN AND A TRUCK for something besides moving? You can use them to get moving supplies, rearrange furniture, or if you just need help packing your stuff into your own moving caravan.

Expect for the same hourly rates of $80-$100 an hour to apply, but at least you won’t have to pay for any long-distance moving.

VALUE FLEX® can save you some bucks

TWO MEN AND A TRUCK launched a new program that some franchises have implemented. The idea is that if you’re moving long distance and are flexible with delivery dates, you can get a pretty sweet discount.

If this sounds like something that might work for you, ask your local franchise if they use the system and take full advantage of it.

You can read more about VALUE FLEX® here.

Recap: Should you try TWO MEN AND A TRUCK?

From the corporate level, TWO MEN AND A TRUCK are a very organized, friendly, and accommodating. The only problem is that things could drastically change when it comes to your local franchise. Some people have had wonderful experiences, and others have had the complete opposite.

If you’ve heard good things about your local franchise, we definitely recommend going with TWO MEN AND A TRUCK.

A little nervous about committing to this moving company? Reviews.org lays out more great local moving options and even the best moving containers.

What to know
What you get
Recap