How to Achieve Smartphone Zen and Stop Wasting Valuable Time

Take advantage of smartphone apps that keep you from wasting time

You’re meditating. You’re freeing up your mind, focusing on the here and now, letting go of things that don’t matter—

You close your eyes again, trying to return to transcendental bliss, but your phone buzzes again. And again.

You snatch it up, planning to quickly respond and put it away, but you reflexively open Instagram and lose the next twenty-three minutes to aimless scrolling.

Sound familiar? Then you’ll be interested to know that tons of smartphone apps can help you avoid time-wasting phone voids.

Achieving better balance with your phone

You know how sometimes you find yourself on your phone when you don’t want to be? For some people, it’s more than just a harmless reflex. Research shows that smartphones are addictive.¹

The Addiction Center lists some potential side effects from too much smartphone use:

These symptoms can be bad news, especially for people who are already vulnerable, like teenagers or people who have or are prone to mental illness. 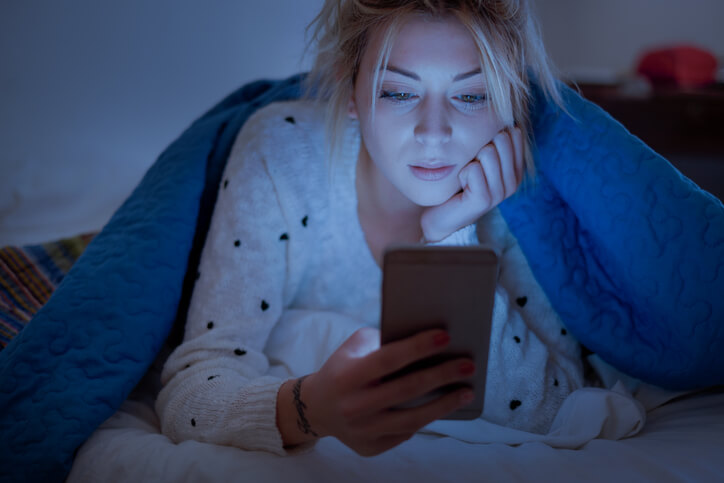 We’re not saying everyone who constantly uses their phone is addicted. But we think it’s a good idea to limit your phone use, just to keep addictive patterns from forming. And think of the time you’ll save!

That’s where time-restricting apps come in.

These distinctions aren’t perfect—many time-restricting apps will borrow a little from the other types. But figuring out what structure would work best for you makes it easier to choose apps to try.

We’re mainly talking about free options in this piece. But if you’re okay with paying to keep those distractions away, there are even more apps you can try.

Reminder apps usually come with a timer to tell you when you should move on. Some also work in the opposite way—they let you know when it’s okay to get back on your phone.

They track your phone usage and sometimes even allow you to automatically lock yourself out of certain apps once you hit your limit.

Screen Time is actually an iPhone setting, not an app, but it performs the same way as most reminder apps.

With Screen Time, you can set customized time limits for both individual apps and app categories. Once you’ve reached your limit, Screen Time will remind you—but also ask if you want one more minute, fifteen more minutes, or to ignore your limit completely. You can even password protect your time limit so that you can’t bypass it without a pin.

Screen Time tracks your usage each week and lets you know whether you’ve improved over last week (score!).

Focus is an iPhone app that allows you to enjoy structured focus time where only specific notifications and messages get through to you. It comes with preloaded settings for driving, reading, fitness, gaming, and mindfulness—and also allows you to create custom focus periods.

Digital Wellbeing is an Android app for Google Pixel phones that functions similarly to Screen Time. It also has a Focus Mode that helps you avoid distractions at work, at school, or on a hot date.

Unlock Clock is another Android app that tracks (and shares) how many times you open your phone each day. You might be surprised to see how often you’re opening up—and once you do, you’ll be motivated to cut back.

Off the Grid is yet another Android app! It lets you set times when you’re off the grid, making it easier to focus on other things.

Zen Mode allows you to schedule a period where you’ll be locked out of everything except your phone calls and camera. This one only works on OnePlus phones.

App Block blocks your chosen apps and websites for a specific amount of time. It’s also flexible because it works with both iPhones and Android phones.

App Block blocks your chosen apps and websites for a specific amount of time. It’s also flexible because it works with both iPhones and Android phones.

AntiSocial is an Android app that tracks your phone usage—and then lets you compare it to others in the same demographic as you. If you’re competitive, you’ll love trying to get the lowest phone usage stats.

The Cleverest app works on both iPhone and Android. With this app, you can feed a blob-like avatar. What does it eat? The time you don’t spend on your phone.

If you spend too much time scrolling, the little guy won’t die. But the satisfaction you get from feeding it is pretty motivating.

Discipline apps work similarly to reward apps, but you lose something when you fall short instead of getting something you like when you achieve a goal.

With BeeMinder, you set goals—and if you don’t meet them, BeeMinder will charge $5 to your credit card! Plenty of folks use BeeMinder to keep them off Facebook, all social media, or their phones in general.

BeeMinder works with both Apple and Google devices.

The Forest app lets you grow a li’l tree. But if you pick up your phone when you’re not supposed to, the tree dies. Feeling the pressure yet?

This one also works with both Apple and Google.

These time-restricting apps are a great way to start if you want to achieve smartphone zen, avoid smartphone addiction, and stop wasting valuable time.

Let’s answer some questions about these apps.

Can I use these apps on my teenager’s phone?

Yes. We’ve seen apps that have parental controls or allow you to monitor multiple phones at once.

Unfortunately, those apps usually cost money, so you’ll need to dig into your pockets if you want to use them.

How do I find these apps?

If you want to try specific apps, search the Apple Store and Google Play Store.