Internet Speeds by State During the 2020 Quarantine: Montana

We looked at internet speed test data for 2020 so far, and here’s what we found for the state of Montana and capital Helena.

January’s average download speeds in Montana clocked in at a not-so-great 34.8 Mbps, but by September, the state saw 74.9 Mbps. That’s a pretty hefty boost of 115.2% to internet speeds across the state. 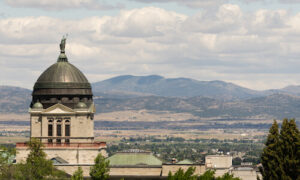 But, while download speeds of 64.1 Mbps are able to handle Zoom calls and streaming Netflix, imagine if your town had no access to internet at all.

This is true for about 67% of people who live on Montana’s tribal lands,1 where the need for internet access is keenly felt as adults log in to home offices and children complete classroom lessons at home.

The FCC became an ally in rural Montana’s fight for internet connectivity, donating wireless spectrum licenses to the Confederated Salish and Kootenai Tribes in February 2020.2 Still, there’s a high price to be paid for internet access on tribal lands like the Flathead Indian Reservation—to the tune of $8 million set aside for infrastructure alone. But the cost should be worth it if it delivers high-speed internet to 80% of the reservation as planned.