The Wyze Cam v3 improves upon the v2 in every way. 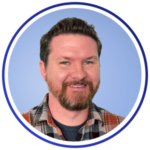 The Wyze Cam v2 has been discontinued. This review is no longer being updated.

If you own a Wyze Cam v2, you might be wondering if you should upgrade to the Wyze Cam v3. We compared these two cameras to see if it’s worth the upgrade.

The biggest feature added to the Wyze Cam v3 is that this camera is weather resistant, so this one can go outside. I have seen some pictures and videos of people putting the Wyze Cam 2 outside, but it's technically not rated for outdoor use. Since the Wyze Cam v2 isn’t weatherproof, I will not be testing it outside. All of the comparison footage that I show in today's video is going to be of indoor use.

It’s important to note that the Wyze Cam v3 no longer has a USB port. This is important if you have the Wyze Sense, which is its little hub that plugs into the back of the v2, and that controls all of the Wyze door and motion sensors.

Since they've removed the USB port on the back of the v3, Wyze will introduce a standalone hub. This hub is going to allow you to still use your Wyze Sense devices, but it's no longer going to be attached to the camera. And according to the Wyze website, this device is coming soon.

The Wyze Cam v3 improved on the v2’s basic specs. Both cameras record in 1080p resolution, but the v3 has a better viewing angle and frames per second.

Wyze is also coming out with new accessories for the v3 camera, including an attached spotlight. You’ll put the spotlight on top of the camera, and it will be triggered on and off by motion detected by the camera.

Another amazing upgrade with the Wyze Cam v3 is its new, colored night vision with a star light sensor. The v3 has a 1.6 aperture, while the v2 has a 2.6 aperture. This is going to allow the v3 to capture 40% more light than the v2.

Both of these cameras allow you to set up detection zones through the app. So if you do have an area that triggers the camera a lot, like a tree, bush, or flag, you can set up these detection zones to omit that motion.

We took several demos with both the Wyze Cam v2 and the v3. Check out audio and video clips for our daytime and nighttime tests.

The Wyze Cam v3 also has a siren, which you can hear in our siren test.

We also tested how these cameras work with your voice assistant.

The Wyze Cam v3 also improved on the mounting options. Even though both of these cameras come on the same swivel stand, the v3 now allows you to use a screw to mount this to a wall. In addition to that, you can take the base all the way off, which is going to expose a ¼”-20 mount that allows you to use other types of mounts to instal this camera, which is a great feature.

Recap: Is the Wyze Cam v3 worth the upgrade?

The Wyze Cam v3 is obviously better than the v2. Wyze made a lot of improvements with the v3, but is it worth the upgrade? If you want cameras with better night vision, or if you want the quality to be a little better than what you're currently running, for $20, I would say that the V3 cameras are worth the upgrade.

If you're using the cameras to just keep an eye on a pet, you're probably okay sticking with the v2.

But from what you saw of the demos, what are your thoughts? Are you going to be upgrading or are you sticking with what you have? Let me know in the comments below.

Certain content that appears on this site comes from Amazon.com. This content is provided "as is" and is subject to change or removal at any time. Product prices and availability are accurate as of the date/time indicated and are subject to change. Any price and availability information displayed on Amazon.com at the time of purchase will apply to the purchase of this product. Reviews.org utilizes paid Amazon links.

By
Easton Smith
Best iPhone Models of 2022
We review the five best iPhones on the market right now, with picks for best...

By
Easton Smith
How to Pay Your Spectrum Bill
There are six simple ways to pay your Spectrum Internet, TV, and Mobile bills. We’ll...