The Arlo Ultra has its flaws, but the 4K video and colored night vision are truly impressive.
https://www.reviews.org/home-security/arlo-ultra-security-camera-review/
Arlo Ultra debuted badly as the first battery-powered 4K security camera. We revisit it a year later to see if it's worth its hefty price tag.
March 6, 2020

Last year, Arlo Ultra had a groundbreaking release. Not only because it was the first battery-powered 4K camera on the market, but because it was also one of the worst product releases I have ever seen.

Arlo Ultra specifications
The first Arlo Ultra had one of the worst product releases I have ever seen.

It’s a little over a year later since that failed debut, so we’re going to revisit this camera to see if it’s worth its hefty price tag.

The original Arlo Ultra had a rocky roll-out

How not to launch a product

The original Arlo Ultra had a pretty rough start—so bad, in fact, that Arlo actually pulled it from shelves and had to re-release it a few months later. The first issue that the cameras wouldn’t connect to the Base Stations, and after they finally got that fixed, the camera quality was only as good, maybe even worse than, 1080p, which the Arlo Pro 2 was already offering.

The advanced Smart Hub was where things started breaking down with the original version of this camera. When I initially purchased this camera and tried to set it up, I had so many issues trying to connect my cameras to the Base Station. Sometimes they would connect, sometimes they wouldn’t, and they were always dropping off. When I could get them to connect, the video quality was horrible. It probably wasn’t even as good as the 1080p Arlo Pro 2 cameras.

I eventually boxed everything up, returned this thing to Best Buy, and as I walked into the store, customer service yelled out, “Oh, here comes another one.” When I asked them what they meant, they said that these things were coming back as fast as they went out. Everyone was returning these cameras. Shortly after that, Arlo pulled them from shelves and scheduled the re-release a few months later.

But Arlo has made a lot of tweaks and improvements over the last few months. And I’m happy to say that it appears they were able to fix these issues. My cameras are now able to connect to the Base Station with no issues, and the 4K quality is what I expected from the video.

The new version of the Arlo Ultra is a lot better than the previous Pro 2 cameras.

The design of the new Arlo Ultra

Let’s take a look at what they promise on the box. 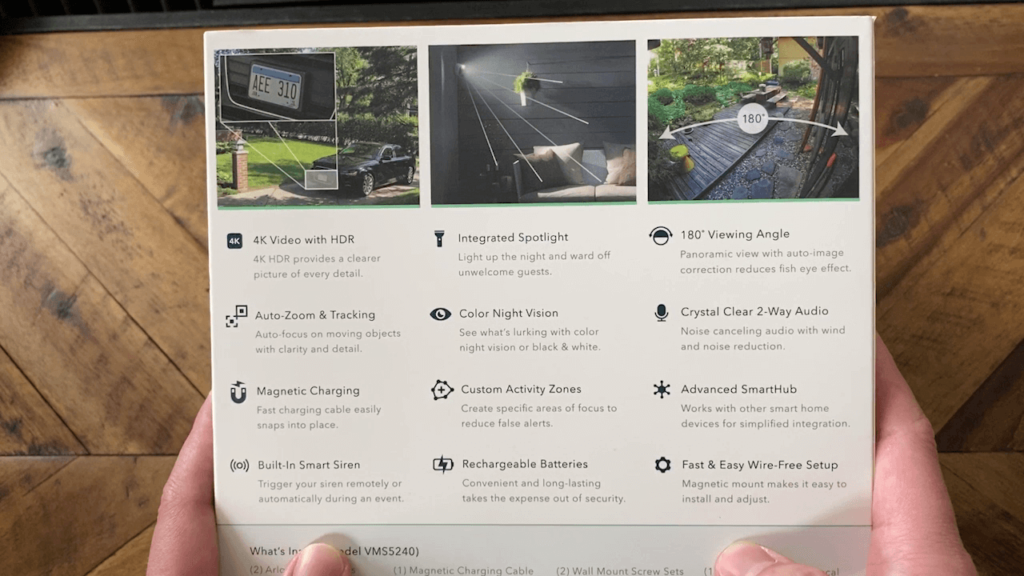 Let’s open it up and take a closer look at all this cool stuff.

The Arlo Ultra’s Base Station is now called the Smart Base.

Arlo redesigned the Base Station, and they now call it the new Smart Base. 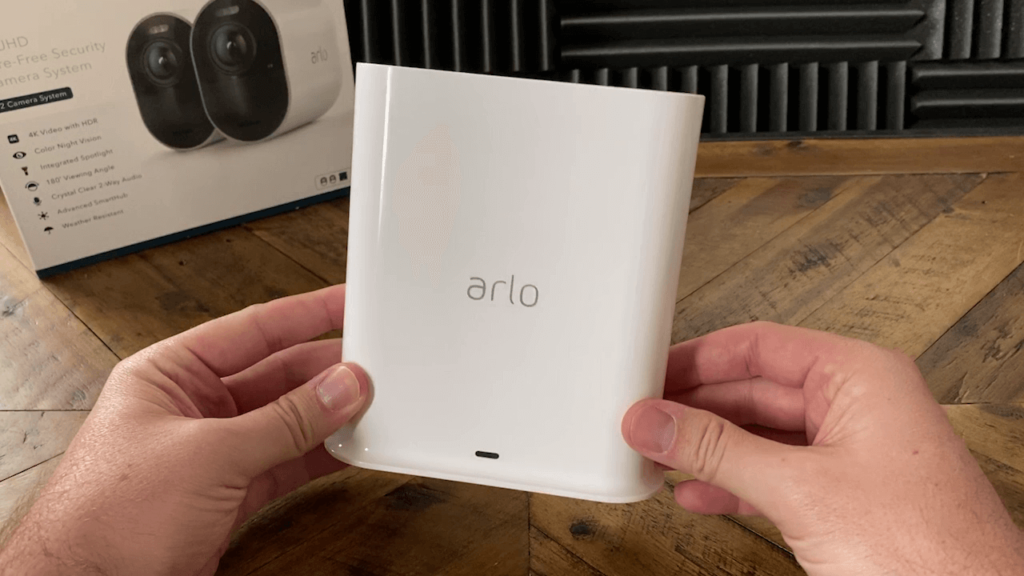 On the back of the new Smart Base, you’ll find connections for a LAN port, a power port, a sync button, and a reset button. 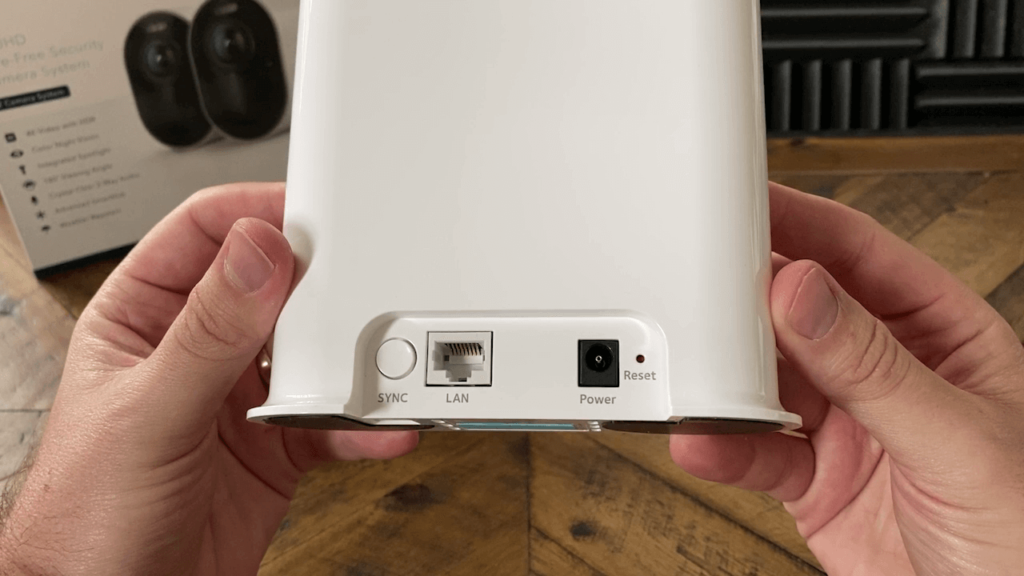 But this model no longer has a USB port on the back for local storage. Instead, you’ll find a slot for a microSD card on the bottom of the Base Station. I’m not sure why they got rid of the USB port on here and chose to go with the microSD. The microSD can hold a max of 250 GB of storage. 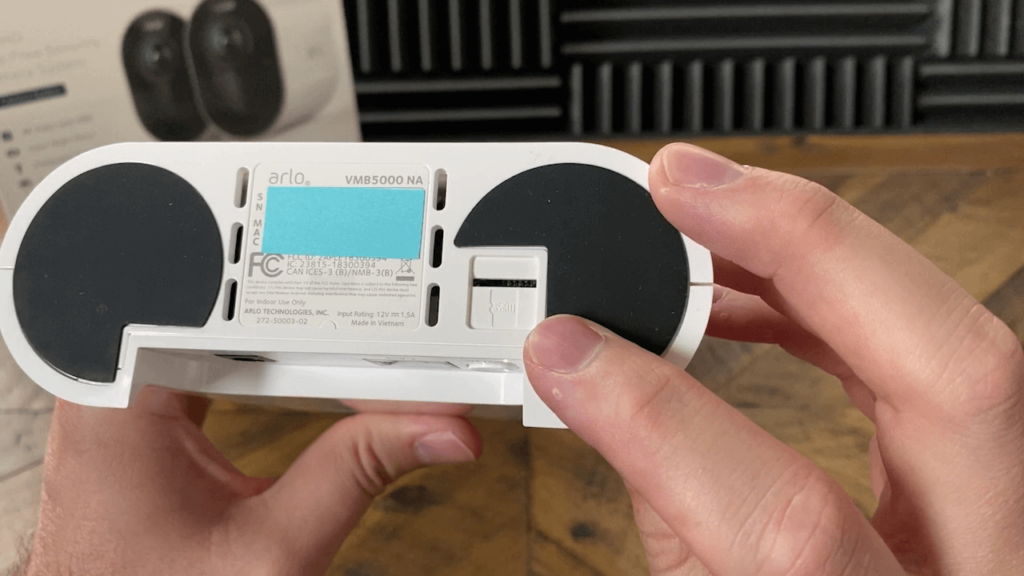 The design of the Arlo Ultra camera

If you check out the video, I can show you some of the features that I mentioned before, including:

One really important thing I want to call out is that the Arlo Ultra has the same threading as previous cameras. This means that if you have older mounts, you’re gonna be able to use these on this camera, too, and installation is really easy.

If you’re new to Arlo, you just have to install the app and create a new account. Once you’ve created the account and logged in, you just need to click on Add Device, and from there you can follow the onscreen instructions.

If you watch the video, you can follow along as I walk through the following elements of the Arlo app:

Testing the audio and video quality of the Arlo Ultra

All right, now that we’ve gone through the app, let’s see what the Arlo Ultra camera is capable of.

I recommend you view my audio and video test so you can see and hear for yourself how this camera performs.

Bottom line: A year later, I think the camera is so much better. When I stand about 10–15 feet away from the camera, the quality just looks fantastic.

As I tested the Arlo Ultra at night, I wanted to see how the colored night vision compared to something like a Ring camera with night vision.

I put the cameras side-by-side near the front door and walked outside to see what it looked like. It was pretty dark and the streetlights were already on.

The difference between the Ring’s infrared and the Arlo Ultra colored night vision was, well, like night and day.

Problems with zoom-in tracking and load time for videos

I really wanted to revisit this camera’s auto zoom-in tracking. When the camera first came out, I did not like it at all. It didn’t follow me, it was going all over the place, and when I was in one corner, it would zoom in on the other corner to something that was not even moving. You really need to see the video to understand just how bad this feature was performing.

Revisiting this a year later, I’m still not that happy with the zoom-in tracking. The biggest reason for that is that when you turn this feature on, you are no longer recording in 4K. You do get a pop up letting you know that it’s going to be disabling 4K, but using the zoom-in feature actually converts the camera to a 1080p image. That way the software can zoom in where it wants to and keep the same quality, but you no longer have the option of shooting in 4K.

I don’t like that at all. I would much rather have that feature off, shoot in 4K, and then decide later as I’m viewing the clip where I want to zoom in.

Speaking of things I didn’t like, I was hoping with this new camera and Base Station that the clips would load faster. The ideal is that, when I click on play or view live stream, they would just pop right up, and I would be able to see everything that I wanted to. With the Pro 2 version, it was kind of laggy and it took a while to load up.

Unfortunately, this new Base Station hasn’t fixed this problem. It still takes anywhere from 5 to 10 seconds to load up a clip, and I’ve even had it on occasion where I click on live view and it sits there trying to connect forever, and I have to close the app and reload it again.

That’s not something that you want in a security camera if there’s an actual emergency.

What subscription plans does Arlo offer?

With both of those packages, you get 30 days of video history that you can look back on. It has rich notifications, so you can actually have it notify you only if it detects people, vehicles, packages, or animals.

The Arlo Ultra also offers intelligent alerts. When you get an alert on your phone, you can push and hold on that alert, and it will give you some quick options:

Arlo does have a no-subscription plan. All that gives you is the ability to look at local storage on the Base Station, which means you will have to stick in that microSD card.

The only problem is that this feature almost seems to still be in a beta-test mode—I can see the clips, but I can’t see what the clip is of without going into it. There is no thumbnail for me to view. Arlo said they are working on that and they are going to be fixing that in the future, but it’s been a few months and I am still waiting for that fix.

Subscription services are the norm in the DIY security industry. If you look at Arlo’s competitors, like Nest and Ring, they all have a subscription-based system that stores clips to the cloud. If you want to avoid the cloud altogether and manage your clips locally, there are other options out there, such as Wyze Cam or Eufy, that are also doing a good job at providing a non-subscription service to you.

Recap: Is the Arlo Ultra good?

It may be flawed, but its 4K video beats all other competitors when it comes to quality.

Okay, so here’s the bottom line:

Software: There are some things that I am not a big fan of with the Arlo software, but that is software-related stuff that I hope Arlo can fix in the future.

Video quality: I’ve compared this camera to most of its competitors, including Blink, Eufy, Nest, and Ring, and even other Arlo cameras, like the Pro 2 and the Pro 3. Out of all of these cameras, not only is the Arlo Ultra the only 4K camera, but its image quality stands out above all the other ones. Out of all of the cameras that I’ve tested, hardwired or battery-powered, the quality of the 4K on the Arlo Ultra is much better than everything else, and it really shows when you zoom in on anything.

Despite the Arlo Ultra’s flaws, I do recommend this camera.

But what do you guys think? Let me know in the comments below—we’d love to hear your feedback.

Design
Software
Testing Audio/Video Quality
Subscription Plans
Is the Arlo Ultra Worth It?