One of the best smartwatches you can get under $200. 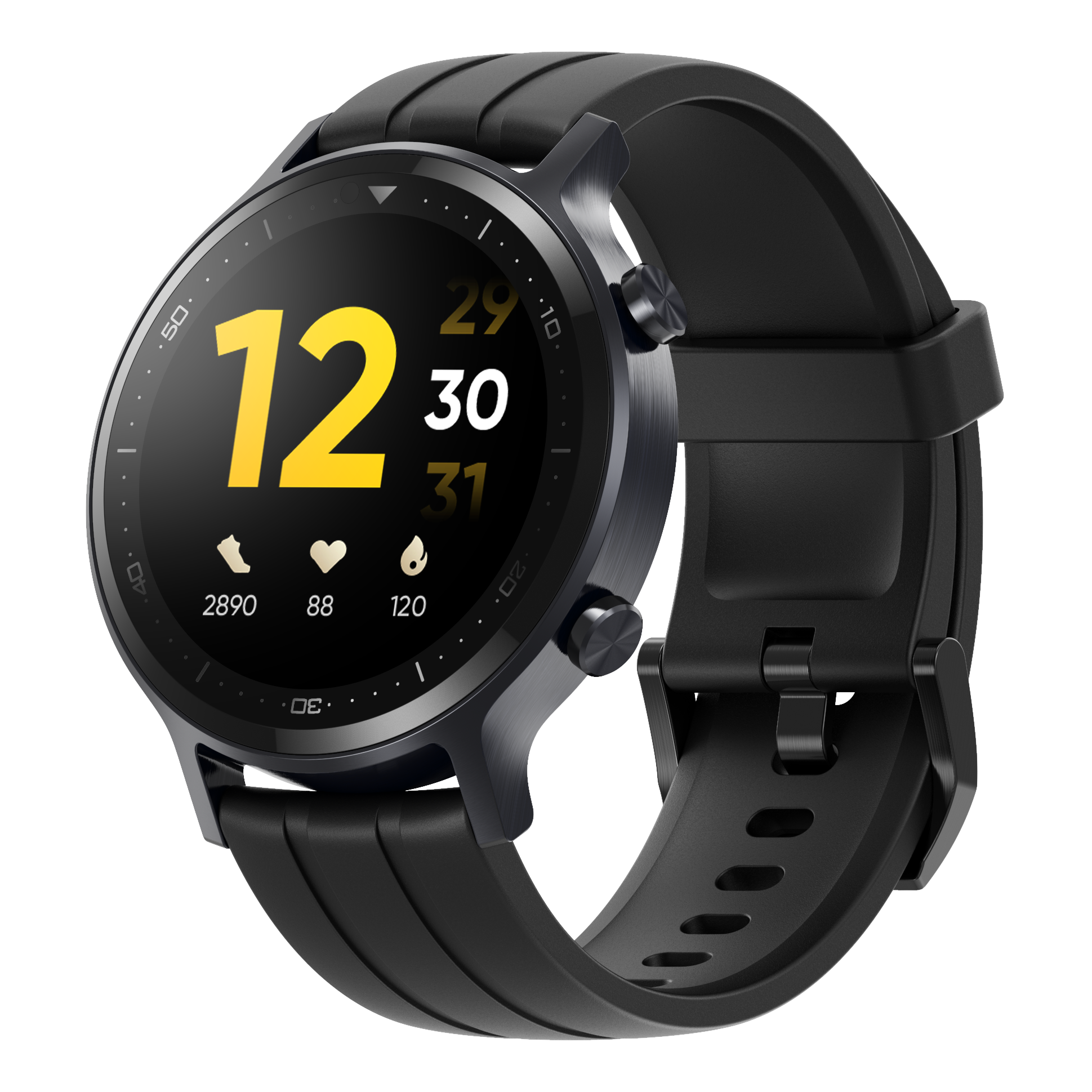 For those who are considering dipping their toes into the smartwatch pool, the Realme Watch S is a great place to start.

For those who are considering dipping their toes into the smartwatch pool, the Realme Watch S is a great place to start, offering impressive health tracking features and unbelievable battery life for its budget price tag. It’s not the most attractive thing in the world, and those with small wrists will struggle to get a firm fit, but it’s still a great value option.

Smartwatches are by far one of my favourite gadgets to test, so when Realme announced the new Watch S, I was very keen to get my hands on it. A smartwatch that boasts an SpO2 sensor and a battery that can last more than two weeks is certainly an appealing proposition - even more so when it’ll set you back less than $200. But as impressive as it sounds on paper, just how good is the Realme Watch S in practice?

Very few well-known brands offer smartwatches that won’t make you a few hundred bucks poorer, so when I first saw that Realme would be slinging the Watch S for just $169, I was pretty intrigued. The lower-end of the smartwatch pricing spectrum isn’t exactly a crowded market (unless you count the no-name cheapies on eBay and Amazon), so the Watch S definitely stands out.

A cursory look at JB Hi-Fi, Bing Lee and the Good Guys shows how few smartwatches retail for under $300, let alone under $200 (unless you’re lucky and score a sale on an older Fitbit Versa model or Misfit Vapor), and most of the watches we’ve tested have hovered around the $400-$500 mark on average.

The Realme Watch S isn’t going to win any fashion awards, but it’s by no means ugly. It’s just big. Realbig. People with normal-sized wrists (or larger) aren’t going to complain about that at all, but as someone with tiny, borderline inhuman wrists, the Watch S barely fit, even on the smallest band notch. This is an easy fix, given the watch uses standard 22mm straps, but it would be nice if Realme included a smaller band in the box rather than assuming one size fits all (it doesn’t).

Problems with the band aside, the body of the watch itself feels strongly built and surprisingly premium. It’s made from an almost-black stainless steel with a Corning Gorilla Glass screen and is IP68 rated, meaning it’s not waterproof enough to swim or shower with, but water-resistant enough to deal with the odd splash.

The display measures 1.3 inches, with a crisp resolution of 360x360. As such, everything from the watch faces (of which there are more than 100 to choose from) to the app icons are impressively detailed. The only downside is that raise-to-wake can be a little laggy (sometimes taking up to a full second to turn on), but at least the two side buttons are nice and snappy and the screen is responsive. Oh, and there is one kinda bizarre little quirk - you can't change the clock from 24-hour time to 12-hour time. Trust me, I tried everything.

A good health tracker, but not the smartest smart watch.

We tend to use the term ‘smartwatch’ a little loosely, and it’s because the line between a health tracker and a true smartwatch is less of a line and more of a spectrum, and in the case of the Realme Watch S, it’s firmly in the health tracker camp. There are a few ‘smart’ features - like receiving notifications and controlling what’s playing on your phone, but you won’t be able to respond to texts or calls, pay using NFC or download third-party apps and watch faces. There's also no inbuilt GPS, though the watch can connect to your phone's GPS for accurate tracking. Admittedly, that’s to be expected in this price range, and the Watch S more than makes up for it in what it does offer.

First up, there’s sleep tracking, which appears to be reasonably accurate and actually offers a snapshot of your sleep cycle, including light, deep and REM sleep - that’s more detail than even the newest Apple Watch provides.

In my experience, I also found the fitness tracking features to be pretty on-point, with calorie burn and heart rate pretty typical with what I’ve found on most other watches. In addition to the usual walking, running and cycling, the Watch S can also track strength training, football, basketball, table tennis, badminton, yoga, cricket and more.

As mentioned previously, the Watch S also includes an SpO2 sensor (the hot smartwatch feature of the moment), which essentially measures the oxygen saturation of your blood and gives an indication of your overall health. It’s not medical-grade, but it’s not bad to have, either.

You can keep track of all your sleep and fitness data via the Realme Link app (available on both iOS and Android), which, despite some less-than-stellar app store reviews, I found quite a pleasure to use.

In the two weeks that I’ve tested the Realme Watch S, I haven’t needed to charge it once. This thing refuses to give up. Sure, its powerhouse battery life could simply be put down to its smaller number of smart features, but for something that tracks your heart rate nonstop, tracks sleep and has a SpO2 monitor, it’s impressive nonetheless.

When you finally do manage to knock the juice down, you can also turn on power saver mode, which effectively extends battery life by turning your smartwatch into a dumb watch, showing you only the time and battery percentage.

The Realme Watch S has been a really pleasant surprise. I tend to temper my expectations when it comes to budget devices, but the Watch S punches well beyond its weight. I have some issues with the size of the band, and seeing the time quicker when I raise my wrist would be great, but these minor problems aside, the Realme Watch S is an excellent entry-level smartwatch.