Good looks and comfort aside, how do these AirPods Pro competitors stack up? 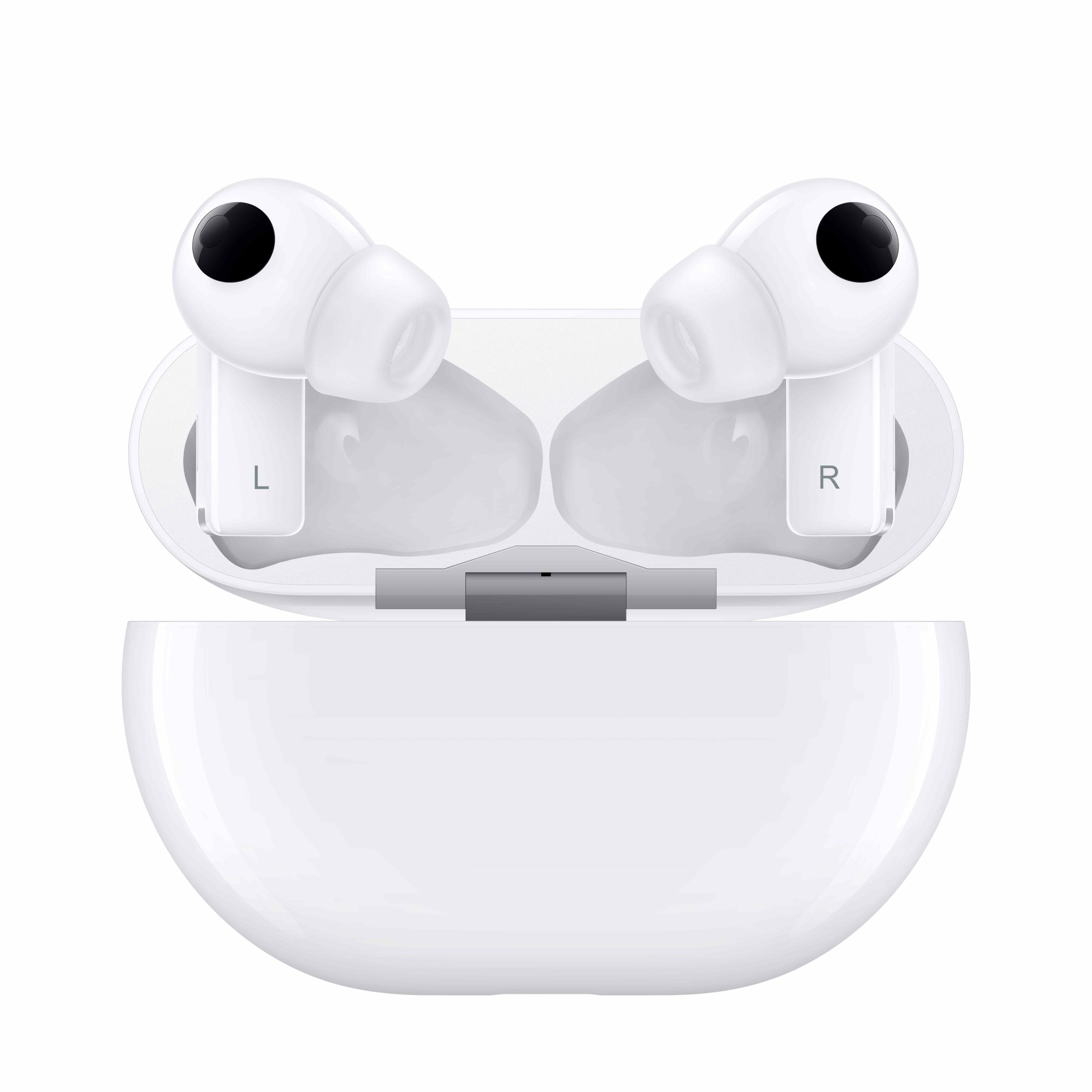 The Huawei FreeBuds Pro offer all the bells and whistles of high-end earbuds with a much more palatable price and some great features. The touch controls need some improvement, but the overall performance, sound quality and battery life of the FreeBuds Pro make up for its minor shortcomings.

Despite their smartphones hitting a bit of a road bump, Huawei is still very much alive and kicking in Australia and around the world, switching its focus to honing its range of laptops and wearables. And if the Huawei FreeBuds Pro wireless earbuds are anything to go by, the unplanned pivot has done the Chinese manufacturer a lot of good.

We’ve tested quite a decent chunk of the most popular wireless earbuds currently on the market, and the Huawei FreeBuds Pro’s RRP of $259 falls somewhere around the low-to-middle end of the spectrum. To put that into perspective, Sony’s popular WF-1000XM3 earbuds are $279, while the Apple AirPods Pro will set you back up to $399.

For context, the FreeBuds Pro are only about $10 more expensive than their predecessors, the FreeBuds 3, but they’re an improvement in every way - extra microphones, longer battery life and a more comfortable design.

True wireless earbuds have come a long way in a few short years, with high-end tech becoming more and more accessible to us plebs who can’t justify spending more than a couple of hundred bucks on some ear candy. The Huawei FreeBuds Pro pack an impressive punch for their small size and price tag. The bass is strong without being overpowering, while mids and trebles are clean and balanced. To achieve this, Huawei has enlisted an 11mm dynamic driver which adjusts the equalizer in response to real-time signal changes, plus ear shape and fit to deliver the perfect audio. It all sounds overly fancy, but what this essentially means is that for everyday users (like myself), you’ll have no complaints.

At first glance, you might mistake the Huawei FreeBuds Pro for Apple AirPods Pro. From the front, the charging cases are distinguished only by Huawei’s slightly more rounded design. When you actually open it, however, you’ll find that the case is where the similarities end. 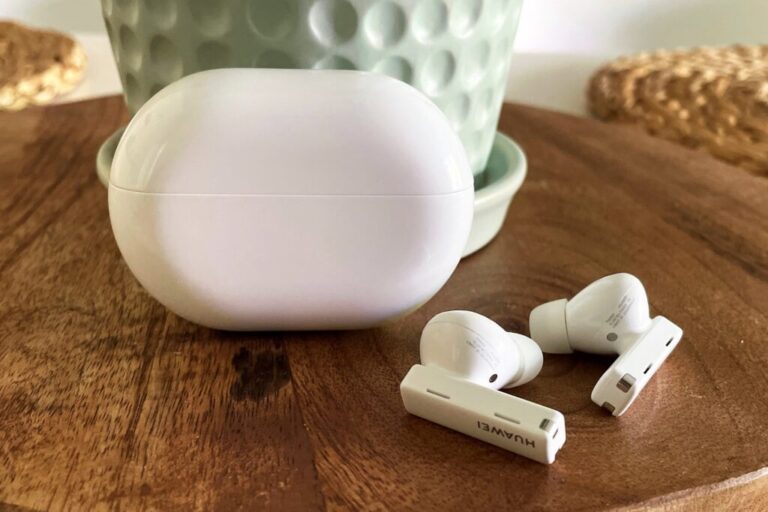 The earbuds themselves are a bit tricky to actually get out of the case, but once you’ve got your hands on them, you’ll notice Huawei has opted for a slightly shorter, more blocky-looking stem attached to a rounded, silicon-tipped bud. As someone with weirdly small elf ears (see below, and no poking fun, thank you very much) finding a pair of earbuds - wireless or otherwise - that A) fit, and B) are comfortable, is no easy feat. That’s why you can trust me when I tell you these things are damn comfy. 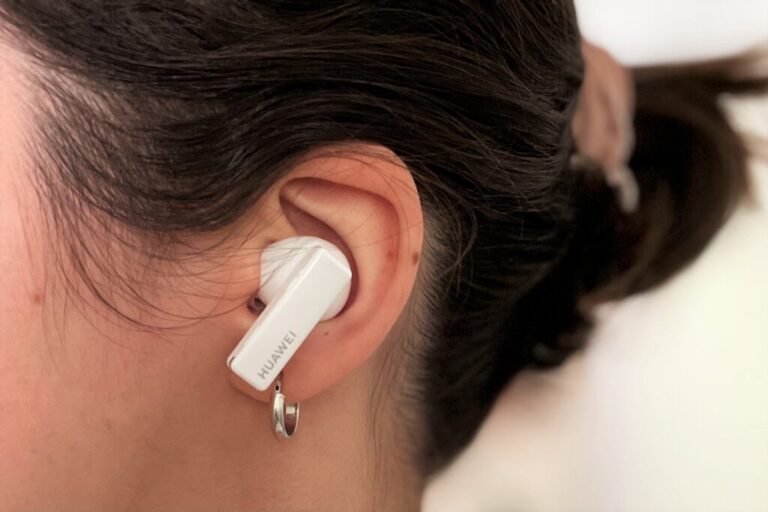 The FreeBuds Pro come in three different colours. I tried the always-popular Ceramic White variant, but you can also grab these bad boys in Carbon Black and the sleek-looking matte Silver Frost finish.

Active Noise Cancellation is pretty much a prerequisite for any pair of wireless earbuds worth its salt these days, and Huawei has done a great job with the FreeBuds Pro. There are three automatic ANC modes that adapt your sound to your surroundings: Ultra Mode, designed to block out sound while travelling, Cosy Mode, which dulls ambient sound in quieter areas like libraries and offices, and General Mode, for peace and quiet in busy restaurants and peak-hour train rides. You can also switch manually to Awareness Mode, which reduces background noise but highlights voices, so you don’t need to remove your earbuds to hear important announcements or respond to your mates.

ANC modes are one of the few things you can control through a series of touch gestures on the earbud’s stem. To switch between ANC, Awareness mode and ANC off, simply pinch the stem for a couple of seconds. One short pinch will play/pause your music or receive/end calls, two short pinches will skip to the next song, and three short pinches will play the previous song. To control the volume, just swipe up on the part of the stem closest to your ear to increase volume, or swipe down to decrease. It’s pretty easy to get the hang of, and when it works, the controls are great. Unfortunately, they don’t always work. Something I had particular difficulty with was volume control, which only responded a handful of times I tried.

On the plus side, the FreeBuds Pro do have one of my favourite wireless earbud features ever: they pause whatever’s playing when you pull one out of your ear. Super useful.

As for connectivity, the FreeBuds Pro support Bluetooth 5.2 and can support two simultaneous connections. In my time testing them, I had almost no issues with dropouts. The only time the sound became spotty was when I was pretty far from the connected device, which is generally to be expected.

One thing the Huawei FreeBuds Pro has over most of its competitors is battery life. These things simply will not die. Huawei estimates that, with the charging case and ANC turned off, the FreeBuds Pro can last up to 36 hours of music playback (around 8 hours per single charge). With ANC turned on, it can supposedly manage up to 22 hours (up to 5 hours per single charge). Having used the earbuds with ANC on for about 70 per cent of the time, those estimates were pretty close to what I experienced.

When they do finally run out of juice, you can fully charge them in less than an hour via a USB-C cable or in about two hours if you’re lucky enough to have a wireless charging device.

Yes, especially if you have tiny elf ears.

The Huawei FreeBuds Pro are, simply put, really good. The noise cancellation is stellar, the sound quality is excellent, they're comfortable and the price is right. The touch controls could use some work, and the earbuds aren’t the easiest to remove from their home, but overall, I wouldn’t think twice about recommending them. 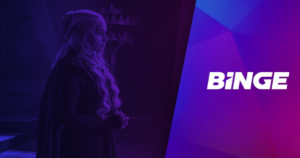 By
Brodie Fogg
How much does a Binge subscription cost?
It's a lot cheaper than Foxtel Now. 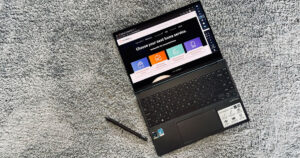