Some of the most affordable ANC-enabled earbuds around. 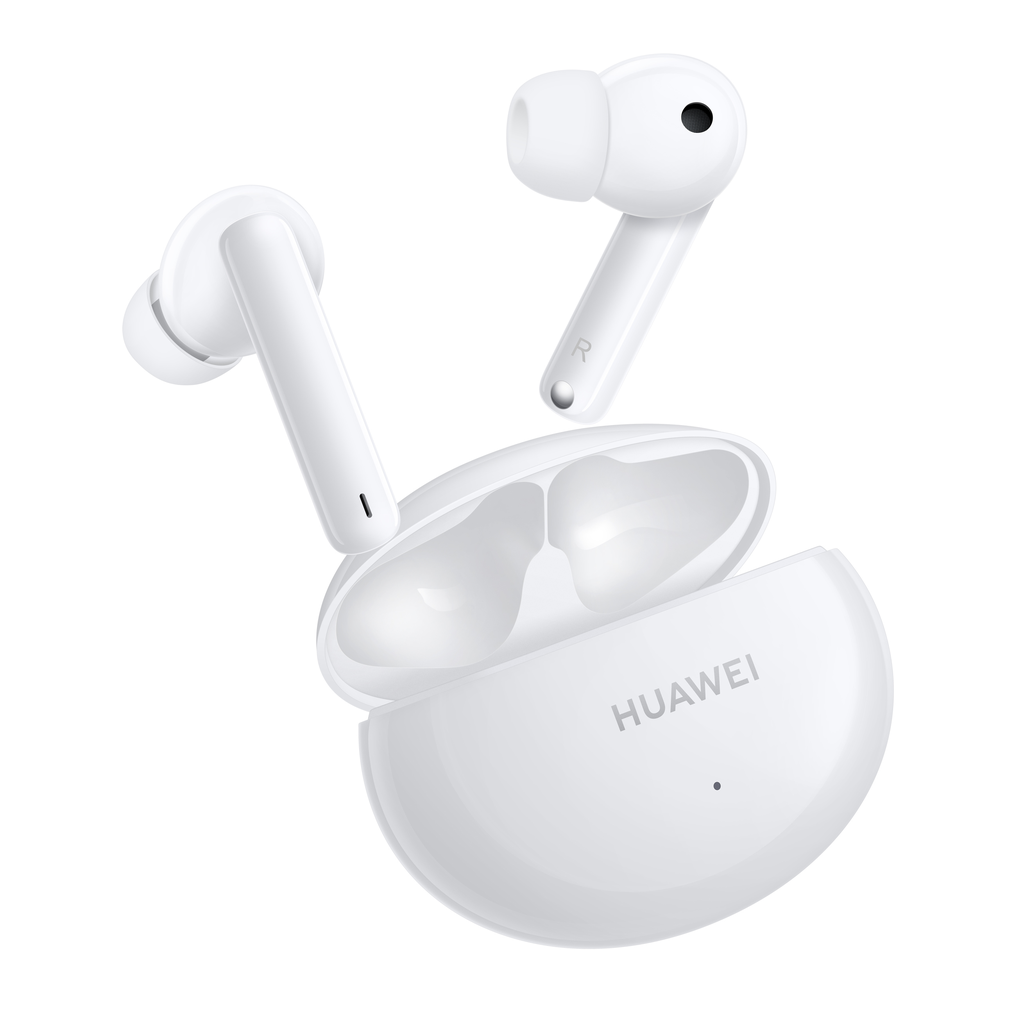 4
See at Amazon
See at Mobileciti.com.au

For under $200, you’d struggle to find a pair of ANC-enabled earbuds that sound as good and last as long as the Huawei FreeBuds 4i. While the touch controls can be a little finicky, and we’d love to hear some thumping bass out of these bad boys, they’re a solid choice for anyone looking for noise-cancelling headphones without breaking the bank.

True wireless earbuds are a dime a dozen these days, but finding a pair of noise-cancelling headphones that actually sound good and won’t set you back $200 or more is no mean feat. So the Huawei FreeBuds 4i are something of a rarity, packing some impressive audio tech into a lightweight, long-lasting and budget-friendly package. But what are they actually like to use?

Most true wireless earbuds with active noise cancellation (ANC) range from around $200 for Sony’s WF-1000MX3s all the way up to $500 for Sennheiser’s Momentum True Wireless 2 earbuds. With an RRP of just $159, the Huawei FreeBuds 4i can comfortably be called one of the cheapest ANC-enabled wireless earbuds on the market. At that price, there are some compromises to be made, but it’s still incredible value.

Nothing groundbreaking, but decent enough.

One compromise you will have to make at this price point is sound quality. However, as long as you don’t go in expecting AirPods Pro-calibre sound, you’ll still be satisfied.

Huawei claims the FreeBuds 4i are specifically tuned for pop music, and that’s pretty evident the second you put them on. Vocals really stand out, with nicely balanced trebles and mids in most pop songs, like ‘Levitating’ by Dua Lipa.
When it comes to more bass-heavy tunes, however, you may find yourself a little disappointed. It’s certainly not bad, but on the 2015 remaster of New Order’s ‘Age of Consent’, that iconic bassline is a little drowned out when compared to the FreeBuds 4i’s more expensive sibling, the FreeBuds Pro.

As for the FreeBuds 4i’s noise cancellation abilities, they’re pretty impressive given the entry-level price tag. Using a feedforward microphone to pick up background noise and a reverse sound wave to reduce it, the FreeBuds 4i are capable of achieving a noise cancellation depth of up to 22dB. Compared to the FreeBuds Pro’s 40dB, it’s not quite as effective, but still nice to have. Like the FreeBuds Pro, however, they also have something called ‘Awareness Mode’, which filters out background noise but allows voices through for easy communication while wearing the earbuds.

Perhaps the best thing about the Huawei FreeBuds 4i, aside from their price, is their design. Weighing in at just 5.5g per earbud, they’re lightweight to the point where I often forgot I was wearing them. They’ve also been “ergonomically designed” to ensure a stable and snug fit. I have to say, even with my notoriously troublesome-to-fit ears, these earbuds were a dream. I wore them at work, while walking up to the shops, doing a workout, and they simply wouldn’t budge.

You can also rest assured that they’ll hold up in the face of the odd splash. The FreeBuds 4i are IP54-rated, meaning they’re water-resistant up to 1m, so they should survive getting caught in the rain or a particularly sweaty gym sesh.

The FreeBuds 4i’s pebble-shaped case is also light and compact, with a convenient flat bottom so you can place it on a desk or table without it wobbling all over the place. 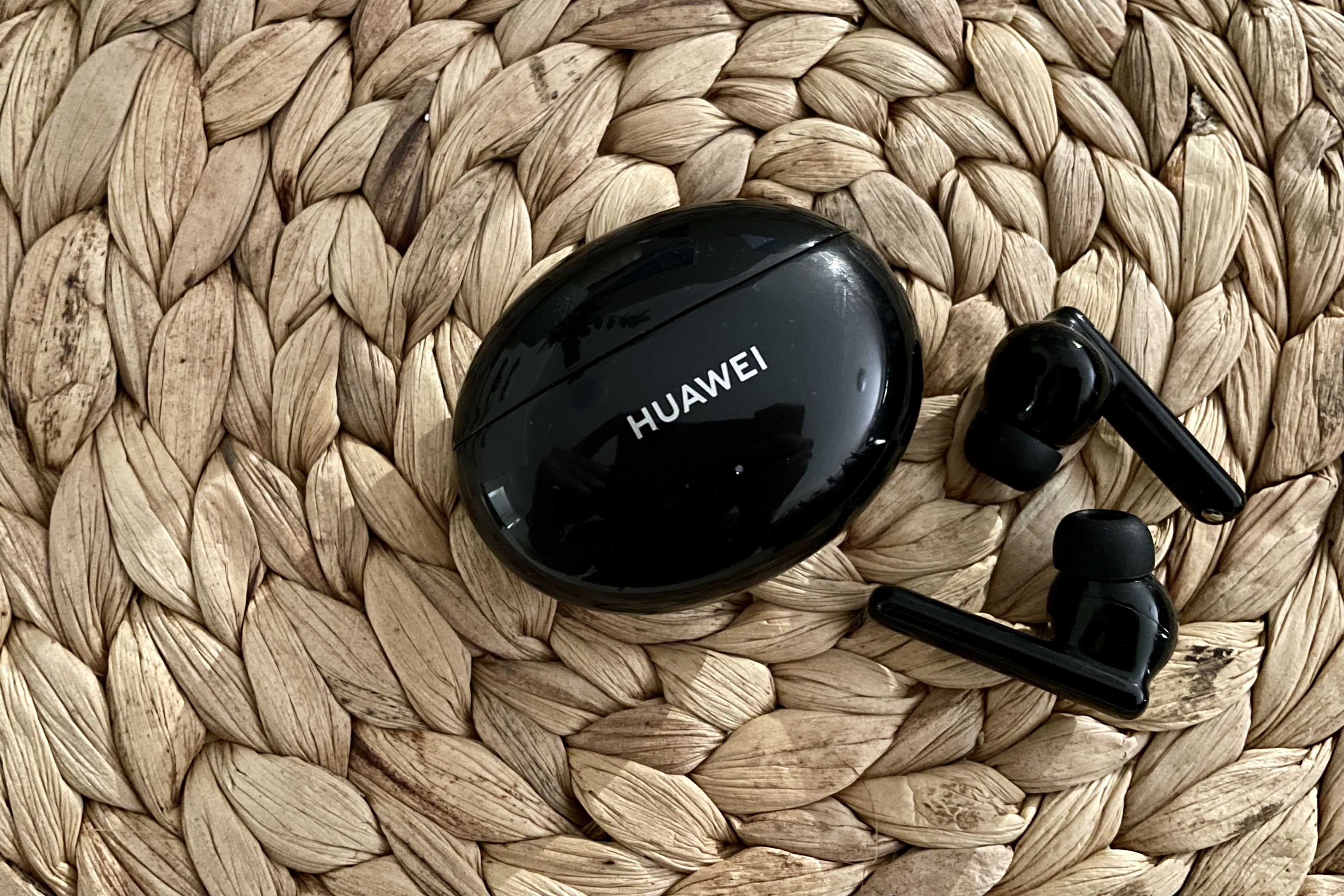 Really, the only issue I had with the design of the FreeBuds 4i was the touch controls, and that’s not an issue specific to these earbuds. Despite all the advances in ANC technology and battery life, it’s one thing many manufacturers still struggle with. The FreeBuds 4i were a little easier to use once I got used to them, but sometimes, they just refused to register my double-tap (to pause/play or answer/end a call) or long-tap (to switch between ANC on, awareness mode and ANC off). You can change these controls, but you’ll have to download the Huawei AI Life app to do so.

Endurance is the name of the game.

Huawei claims the FreeBuds 4i can continuously play music for up to 10 hours on a single charge with ANC off, volume at 50% at AAC mode enabled. Combined with the charging case, that increases to 22 hours.

During the majority of my testing, I had ANC on, with volume at about 40% and found I could get through almost a full work day without needing to pop them back into the charging case.

In the charging case, a 10-minute juice can provide the FreeBuds 4i with up to four hours of music playback, with a further 20 minutes bringing them up to 100%. There’s no wireless charging support for the charging case itself, but an hour plugged in via USB-C is usually enough to bring it back to full.

The Huawei FreeBuds 4i aren’t designed for hardcore audiophiles, but for everyday listeners looking for decent noise cancellation, solid sound and stellar battery life, it’s one of your best bets. Sure, the controls and bass need some improvement, but with a sub-$160 price tag, it’s a very, very easy sell.